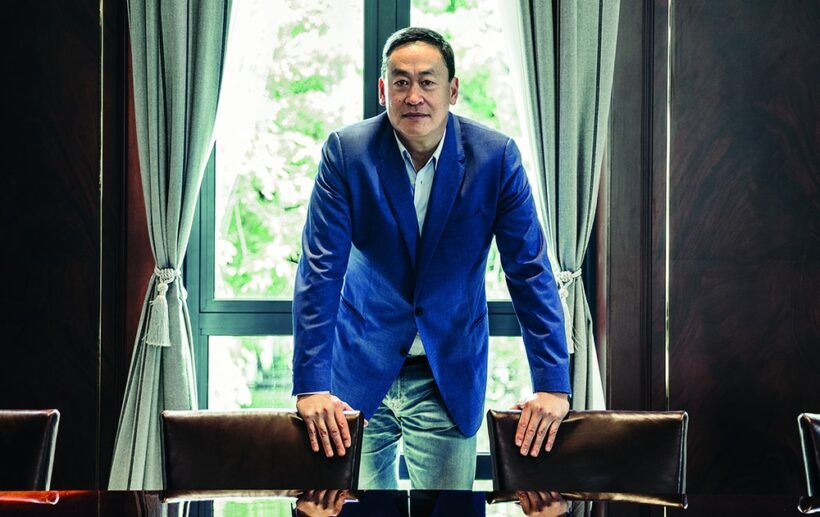 The Thailand Tourism Forum (TTF) returns for its seventh annual edition on January 22, 2018, gathering more than 650 hotel industry professionals at the InterContinental Hotel Bangkok to discuss the mega-projects that are reshaping Bangkok’s cityscape.

Running under the theme ‘Megacity Bangkok – A Tourism and Hotel Futurescape’, TTF 2018 will focus on the redevelopment of the thriving Thai capital. A series of high-level speakers will address the one-day event, including Mr Srettha Thavisin, President of Sansiri, one of Thailand’s leading hotel and real estate developers.

Sansiri recently entered the hospitality space in partnership with Standard Hotels to create the upstart hotel brand, Monocle and Mr Thavisin will be interviewed on stage at the forum, discussing how “Large Scale Projects Contribute to Better Tourism Experiences.”

He will be joined at the event by executives from some of the Thailand’s largest conglomerates, hotel leaders, expert analysts, developers, financiers and more. The opening address will be made by Bill Barnett, TTF event co-organiser and MD of C9 Hotelworks.

“Thailand’s tourism industry continues to ride the crest of a wave, with record-breaking numbers of global visitors clamouring to experience the country’s many attractions,” Mr Barnett said. “As the country’s capital and major international gateway, Bangkok is fast becoming one of the world’s great mega-cities.

“To sustain such numbers however, Bangkok needs large-scale redevelopment. Massive infrastructure projects are pushing into more districts and creating new tourism hotspots such as the Chao Praya River area. At TTF 2018, we will learn first-hand about the ambitious plans for Bangkok’s emerging cityscape and examine their impact on the tourism and hospitality sectors,” Mr Barnett added.

Thailand’s tourism industry is on track for yet another record-breaking year. According to data from the Tourism Authority of Thailand (TAT), the Kingdom welcomed 17.3 million international visitors in the first half of 2017, generating 876 billion Baht (US$25 billion). Tourism revenues are expected to reach an all-time high of 1.81 trillion Baht (US$50 billion) for the full year.

This rising demand is also boosting confidence in Thailand’s hotel sector; according to STR, approximately 100 new hotels are currently in the country’s pipeline, potentially adding 21,600 new rooms to the national inventory – many of which will be in Bangkok.

But challenges remain; Thailand’s transport infrastructure struggles to cope with the tourism influx, hoteliers face strong competition, and average daily rate (ADR) remains under pressure. So what does the future hold for Bangkok? A series of multi-billion-baht developments, including transport links, mega-malls, attractions, hotels and residential projects are transforming the cityscape, creating both opportunities and threats for the city. 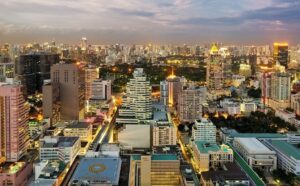 Thailand Tourism Forum is an annual event held every January and organized by the American Chamber of Commerce (AMCHAM) Thailand and leading hospitality consultancy C9 Hotelworks. Now in its sixth year, the event attracts leading industry speakers and a growing number of delegates from around the region. Thailand Tourism Forum offers delegates a unique opportunity to hear hospitality leaders and experts candidly discuss the industry and a forum to take a closer look at numbers, evaluate risk and learn more about important new trends in tourism across all Thai travel destinations.

SUNDAY MORNING BRIEFING – All your news in 3 minutes