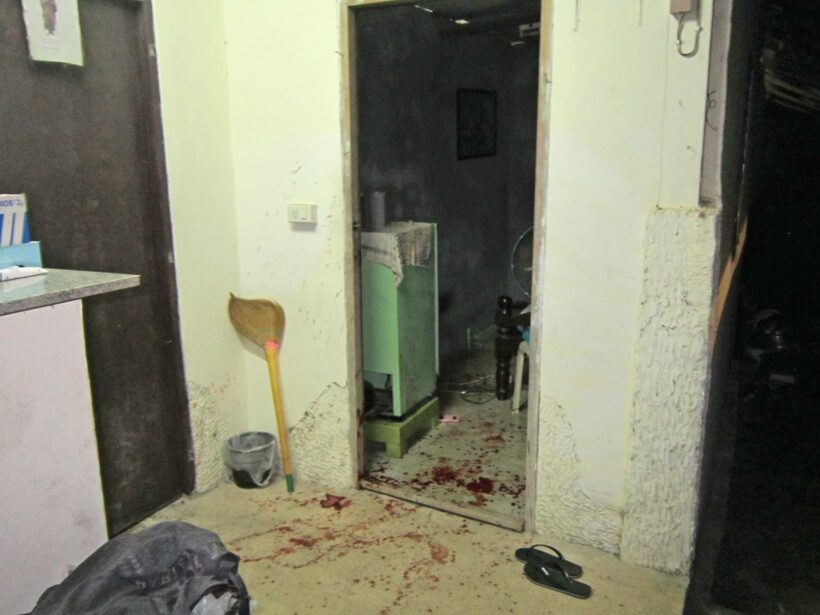 A jealous husband has slashed his wife and step son with a machete, resulting in severe injuries for both.

Chalong Police have revealed that on Friday night they received a report that there had been an attack on two people – 47 year old Yaowapa Kowai and her son, 22 year old Songpon Thongsai. Yaowapa was slashed on her head, body and left arm, which has been completely severed, while her son has wounds on his left shoulder and left arm. They were both taken to Vachira Hospital for emergency surgery.

The attacker is the husband of Yaowapa who the police only know as Kham, who is about 40 years old.

The step son told the police that there had an argument because Kham was jealous of his mother and another man and attacked her with a machete over the argument. He tried to save his mother but was also got attacked before Kham fled on his motorcycle.

“We still haven’t found the weapon or the attacker but we’ve sent out many teams to look for him by investigating people living nearby and CCTV camera along the route where Kham probably rode his motorcycle during his escape from the crime scene,” said Pol Col Prachum Thongruang, Chalong Police Station Superintendent. 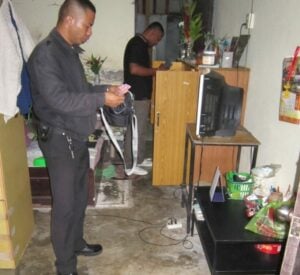