Italian-Thai Development president Premchai Karnasuta is subject to another encroachment investigation as a firm in which he is major shareholder is accused of encroaching on mangrove forests and the public sea in Phuket.

Jatuporn Buruphat, director general of the Marine and Coastal Resources Department, said on Friday that he had instructed officials to conduct a probe against Ao Po Grand Marina Co Ltd following complaints from local residents.

Ao Po Grand Marina Co Ltd operates a marina targeting yacht owners and sells food and drink at Ao Po bay in Tambon Paklok. Officials are checking whether the facility has received an operations licence from the Harbour Department and whether it has encroached on mangrove forests or public land.

Jatuporn said the results of the investigations should be known by Monday. He said his department was not taking actions based on the February 4 arrest of Premchai regarding alleged poaching of a red-listed black leopard at the Thung Yai Naresuan Wildlife Sanctuary in Kanchanaburi.

Jatuporn said his department is responding to complaints from local people alleging that the company might be encroaching on mangrove forests and public land.

The Ao Po Grand Marina has been operating since 2008. Its harbour can house “super yachts” exceeding 100 metres. The habour can dock about 300 yachts and provides electricity, fuel and other facilities, including restaurants and a fitness club. 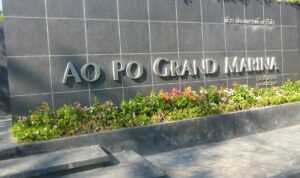 There has been a continuing public outcry over Premchai’s alleged hunting expedition in the wildlife sanctuary after an endangered black leopard was found butchered and forest rangers found a pot of soup with the leopard’s tail. The remains of a barking deer and pheasant were also found hidden near the campsite. 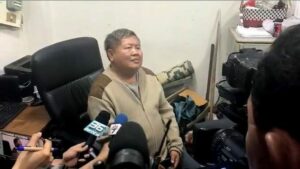 PHOTO: Premchai Karnasuta has not been seen in public since his arrest on February 4 and release on bail the following day.

Time to make her move