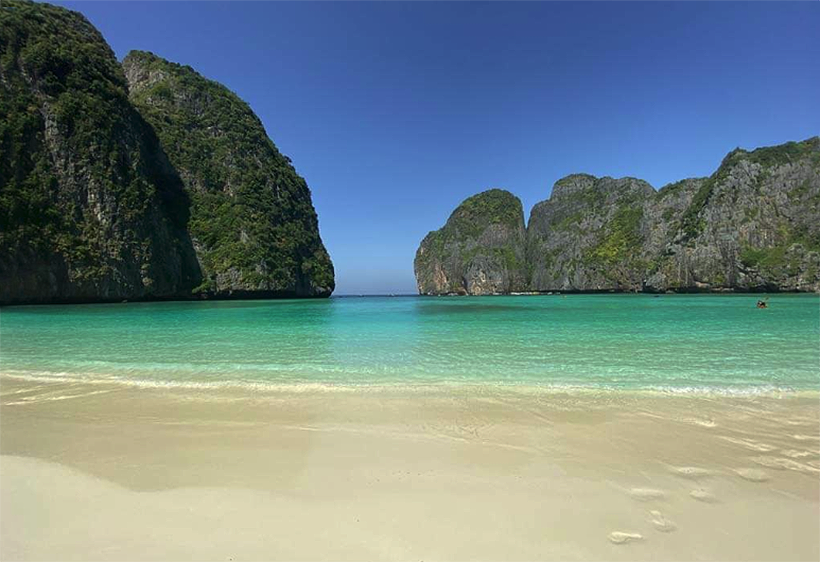 The Department of National Parks, Wildlife and Plant Conservation has responded to pleas for Maya Bay to re-open by telling local officials to wait. Krabi authorities are anxious for the famed beauty spot to re-open as they desperately try to revive tourism in the province. The bay has been closed since 2018 after conservationists determined that a break from visitors was vital to the recovery of its marine life.

In its heyday, Maya Bay, on the uninhabited island of Phi Phi Leh, had to cope with thousands of visitors a day, after shooting to international fame as a result of the 1999 Leonardo di Caprio movie, The Beach.

Visitor numbers peaked at nearly 5,000 a day during 2017, a year before officials finally closed it. The National Resources and the Environment Ministry says the famous tourist destination will only re-open to visitors once an upgrade to facilities is complete and there is an adequate system in place to manage tourist numbers.

Prayoon Pongpan, head of the Hat Noppharat Thara-Mu Ko Phi Phi National Park, which oversees Phi Phi Leh, says an overhaul of the tiny island’s infrastructure is nearing completion. The project includes a new jetty at Loh Samah Bay, on the other side from Maya Bay. It’s understood the jetty is now 70% complete and will be finished by May.

Nation Thailand reports that Maya Bay will have an initial limit of 370 visitors per trip, but there is no set date for re-opening, which will be decided by the Natural Resources and Environment Minister, Varawut Silpa-archa, based on expert opinion.

One of those experts is Thon Thamrongnawasawat, from the Faculty of Fisheries at Kasetsart University, who has long campaigned for the bay’s protection. He insists that if the recovery of coral reefs in the area is to continue, the only access to Maya Bay must be via the new jetty at Loh Samah. If not, he warns that all the efforts of the last 2 years will have been for nothing.

He adds that the bay should be re-opened gradually, in line with the government’s phased re-opening of the country in the third or last quarter of the year.