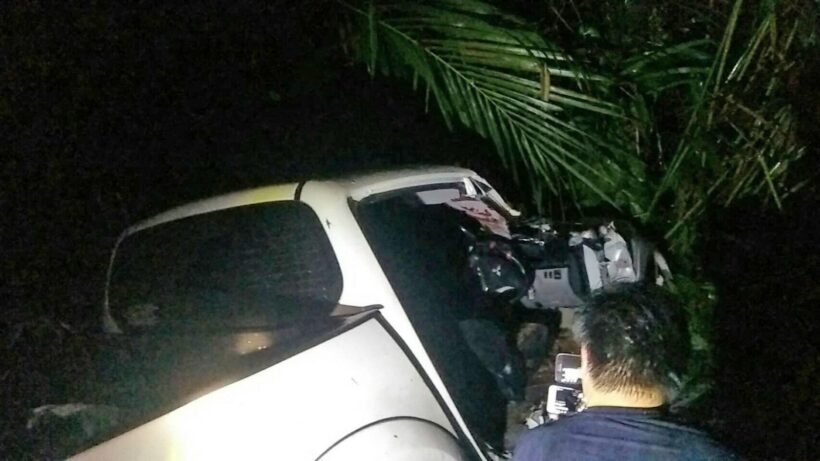 Krabi City Police were notified of the accident on Phet Kasem Road near the Macro store in Sai Thai at 7.30pm on Monday night.

Police and rescue workers arrived at the scene to find a damaged pickup truck and tree lying on the side of the road. Rescue workers took 15 minutes to free 42 year old Sommai Homchuen, a villager headman in Nakhon Si Thammarat.

He was taken to Krabi Hospital but was pronounced dead on arrival. Six other injured people had already been taken to the hospital from the accident scene.

Krabi Police says, “Mr Sommai and six other family members were heading from Phuket to Nakhon Si Thammarat. There was heavy rain and strong winds at the time. A tree had fallen over and blocked the road. Mr Sommai tried to avoid the tree but lost control of his vehicle and collided with the tree on the side of the road.”