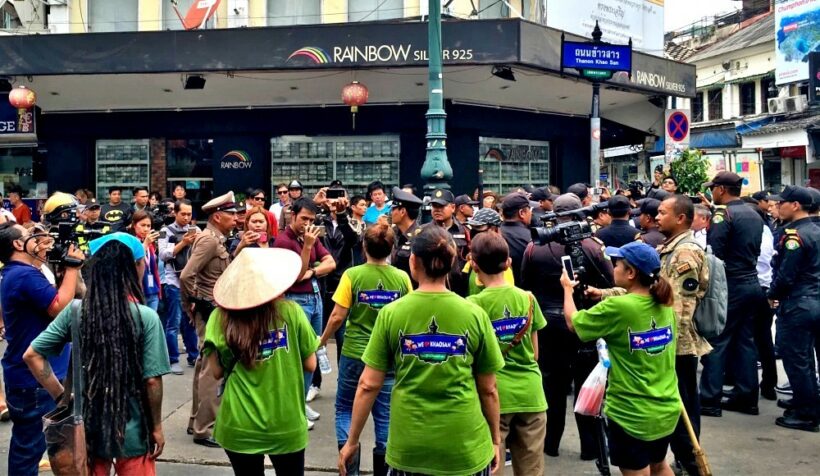 “We will open and close our footpath stalls at the regular time.”

City Hall has decided that the footpaths must be ‘returned to the people’ and that market traders are going to have to restrict their sales from 6pm – midnight, instead of the all day trading they’ve been providing to tourists in the past.

About 70 per cent of stall owners started setting up their stalls after a symbolic street clean in the morning marked the beginning of the ban. The Bangkok Administration’s order to regulate Khaosan Road prohibits sidewalk vending and allows time for carts and stalls to operate on the road only from 6pm to midnight.

Bangkok deputy governor Sakoltee Phattiyakul ordered the ban on pavement stalls after City Hall received complaints that they were encroaching on the pavement in the busy tourist area. Before the ban, pedestrians had to venture out into the traffic during the day, while at night an influx of tourists and vendors had turned the street into an unofficial walking street.

– at midnight, 1am, or 2pm as we always do,” said Chonnapah Teansawang, coordinator of the Khaosan Road Street Vendors Association. 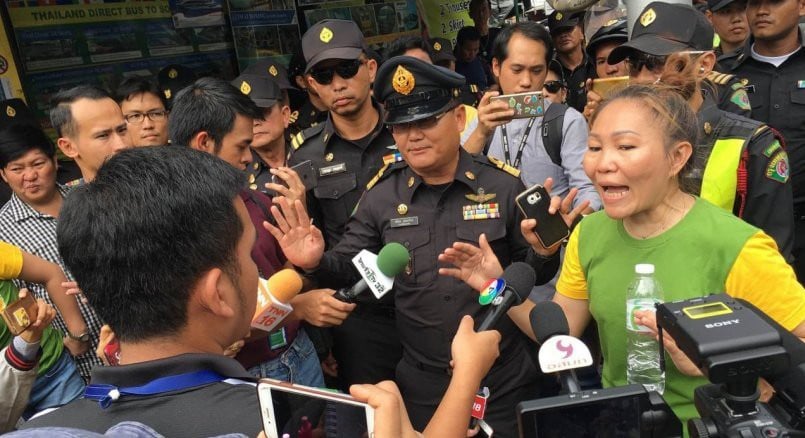 Yada Pornpetrumpa, the president of Khaosan Road Street Vendors Association, speaks to reporters in the presence of city police as vendors defy the order from the BMA.

According to Yada, shop owners may face an “extra” penalty for their protest because officials had threatened to ban them from occupying spaces on the street at night, she said.

“If the city strictly enforces the law, we could legally ‘move’ the vendors from the pavements but we don’t want to ruin the image and tourism of Khaosan Road,” said the deputy governor.

During yesterday morning’s clean-up, Sakoltee oversaw Bangkok administration’s officials as they and the street vendors cleaned the street and removed blockages from the sewerage system. The clean-up followed complaints from vendors that setting up stalls on the street was “dangerous”. 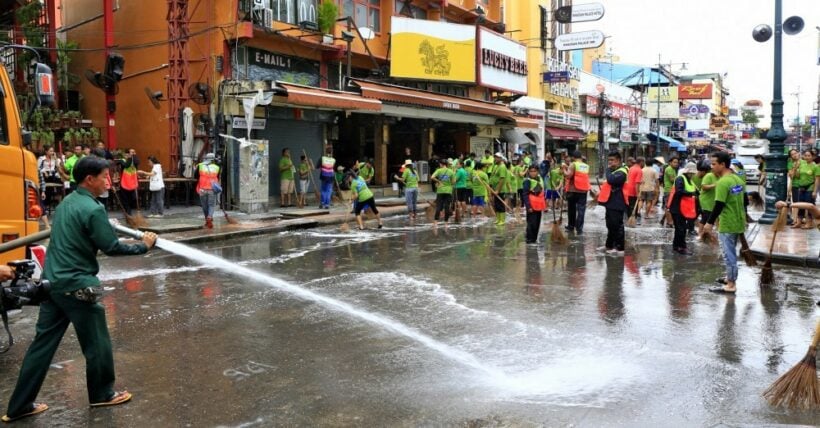 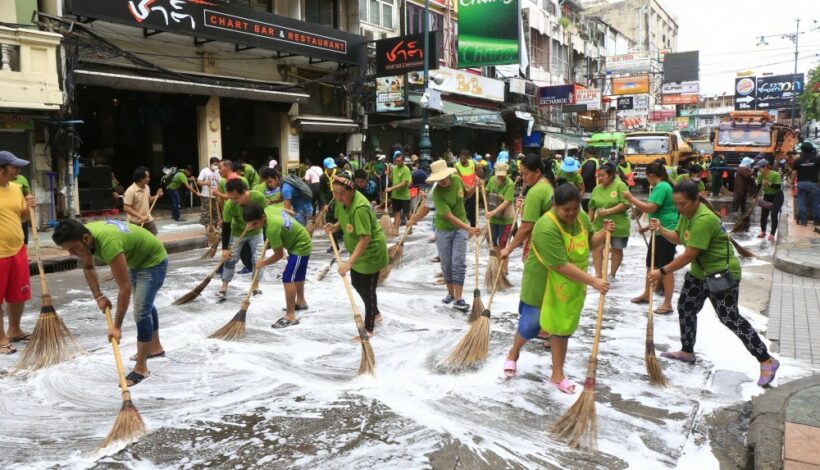 “I think driving stalls down the road may lead to accidents like a short circuit and even electrocution.”

The clogged sewers were dealt with … but many problems remain. In an interview with Thai Time 4.0 radio, the deputy governor said the plan to turn Khaosan Road into a night market destination had encountered problems as the Metropolitan Police Bureau refused to “legally” block traffic from Khaosan Road from 6pm until midnight.

On the other hand, Chanasongkram Police Station Superintendent Pol Colonel Chakkrit Chosoongnoen said City Hall should have discussed their plans with the Metropolitan Police Bureau before announcing the order.

During the day, according to Yada, tour operators often drop tourists at Khaosan after visiting the Grand Palace. Also, regulating Khaosan Road may affect souvenir businesses and hotels in Khaosan, said Nache Aree, a shop-and-stall owner who had been trading handmade bags in Khaosan Road for over 14 years.