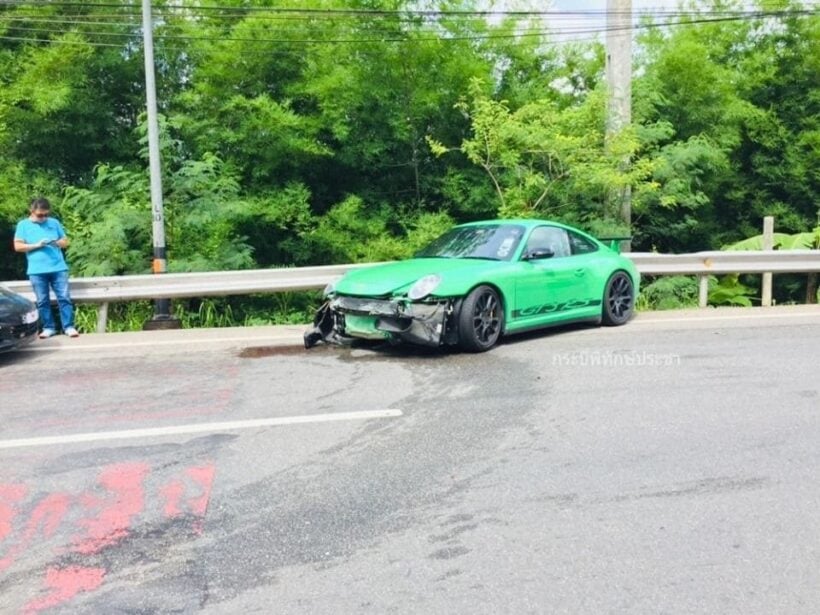 A Malaysian tourist has escaped injuries after their Porsche collided with roadside barriers in Krabi yesterday. Krabi Pitak Pracha Foundation reports that they were notified of the incident yesterday in Mueang Krabi.

They arrived to find the damaged sport sedan on the side of the road with much of its front mouldings damage and laying separately on the road. The road side barriers also had damage where the vehicle had swiped them. No injuries were reported.

Thairath reports that the Malaysian driver was taken to Mueang Krabi Police Station for questioning and an alcohol breath test. Several other Porsche’s, all part of a Malaysian driving club, were also waiting at the scene when police arrived. 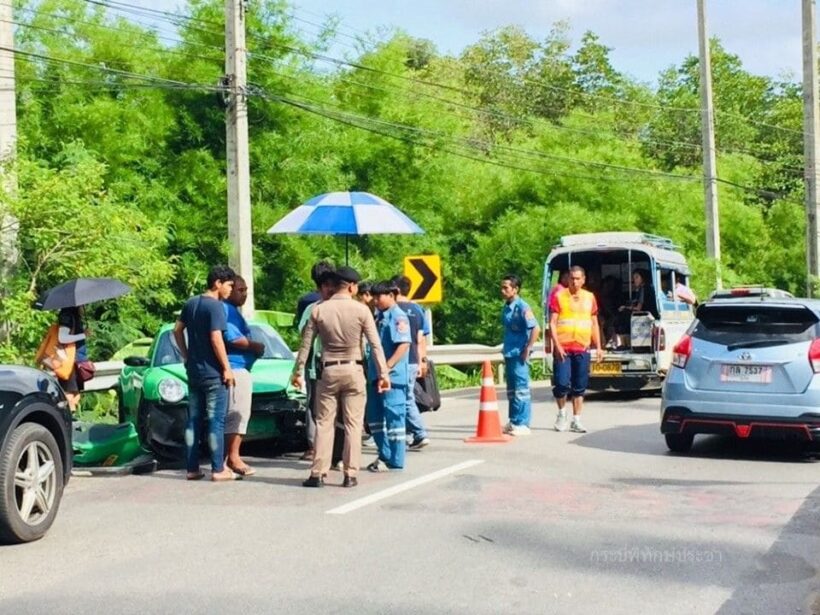 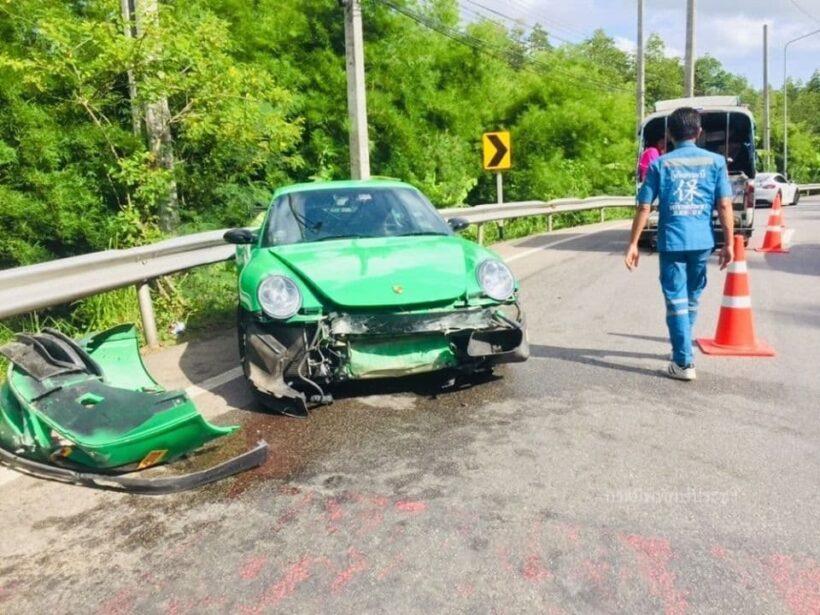