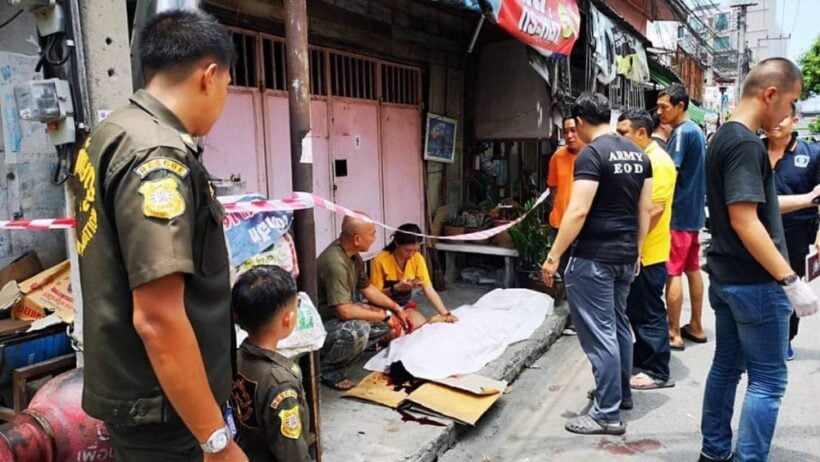 Two people are dead following the weekend’s violence between rival motorcycle taxi thugs. More video has emerged showing a man on the ground with others beating him with metal bars and other weapons.

Police say the violent battle was between the “Udomsuk 1” and “Udomsuk Rungruang” taxi ranks, one aggrieved that the rival gang had started up close to their ‘turf’.

In this video a man is being beaten whilst on the ground by, apparently, rival motorcycle gang members, whilst others are trying to cool the situation down calling ‘enough, enough!’ Three shots are heard nearby which appears to draw the men’s attention away from the beating of the man. One of the three bullets missed its intended target and hit an innocent young courier who was just in the wrong place at the wrong time.

Posted by ศูนย์ปฏิบัติการข้อมูล on Sunday, June 16, 2019

Blood is seen pouring from one man’s head.

The Nation reports that police have arrested three men over the deadly brawl which involved up to 100 men and stopped traffic to a standstill at Sukhumvit Soi 103 in Udomsuk around lunchtime on Saturday.

Police say 20 year old Weerawat Pheungkrut, a courier with Kerry Express, was killed when a bullet struck him in the left eyebrow. If was later revealed that the young man’s wife was four months pregnant.

Watcharin Nga-chalao, one of the taxi-motorcyclists involved, was also shot and injured and taken to a nearby hospital where he died soon after. Police say that 20 year old Thaweekiart Sutthisanong was also injured with a knife to the head and was rushed to hospital. 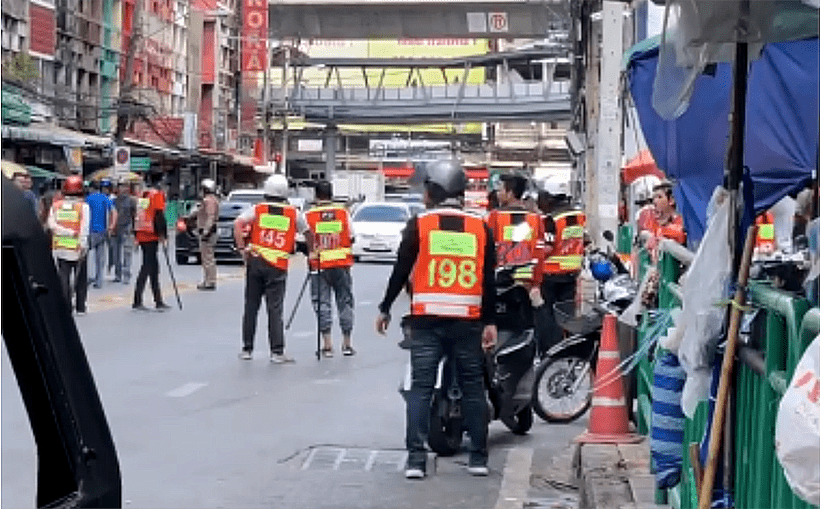