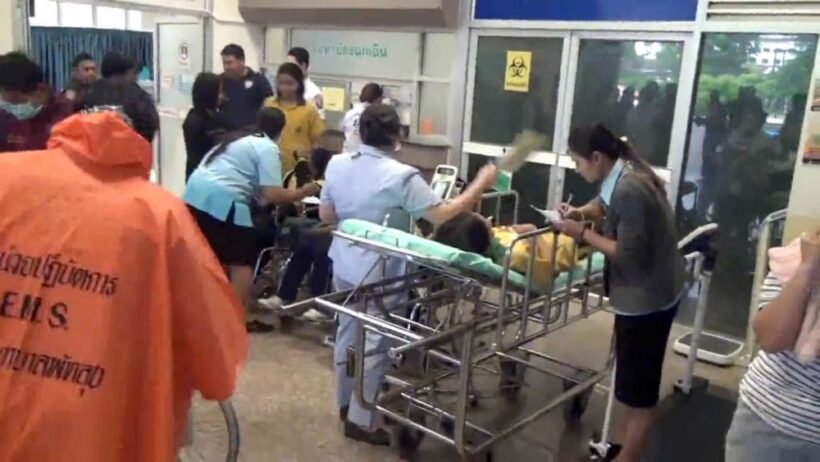 Fifteen students and three adults have been injured after a cold-storage truck collided with a song-taew bus on a Phatthalung road this morning, south of Krabi province.

The injured were taken to Phatthalung Hospital following the 7am incident at a curve on the Asia Highway in Moo 3, Tambon Tha Kae, in Muang district.

There was high drama at the hospital with the students crying and hospital staff rushing to treat them. Police said three of the students had been critically injured.

The bus was already full with students heading to school when it stopped at the curve to pick up another passenger. Police say the six-wheel truck rear-ended it as the driver pulled onto the road, causing both vehicles to fall to the roadside.

Hotel #4 for Centara Hotels in Krabi

Two arrested with 10 kilograms of crystal meth in Krabi