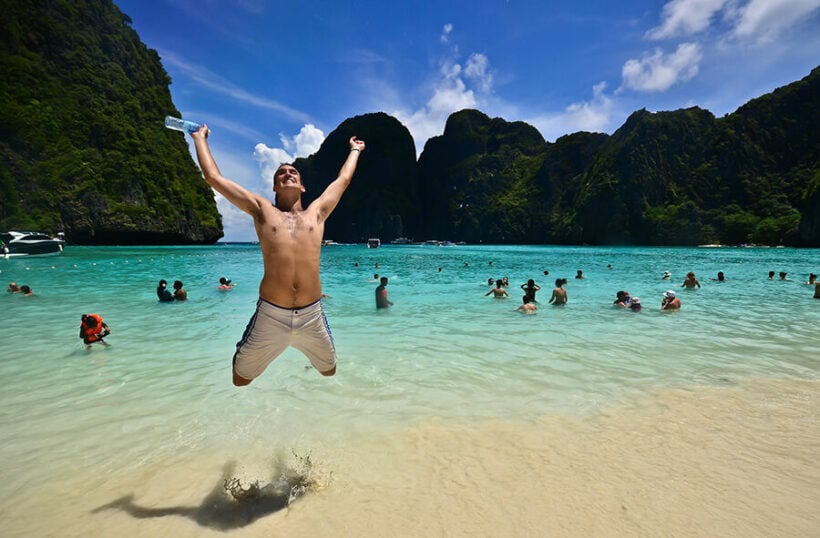 The tourist hotspot of Maya Bay, in the southern province of Krabi, will re-open as scheduled on New Year’s Day. However, the re-opening comes with some strict conditions attached. There had been some doubt about whether the re-opening of the beauty spot would go ahead, but Thailand’s prominent marine ecologist, Dr. Thon Thamrongnawasawat from Kasetsart University, says it’s happening.

According to a Thai PBS World report, Thon took to his Facebook page to confirm that the national parks committee has approved the re-opening. The bay was closed for 3 and a half years to allow the bay’s coral reefs and marine life to recover from years of excessive tourism. Maya Bay shot to fame as a must-visit destination after serving as the location for the 2000 Leonardo DiCaprio film, The Beach.

Re-opening it may be, but there are strict conditions attached, including a ban on swimming in the bay itself. Thon has welcomed the rules, saying they’re essential if the bay and its marine resources are to continue being protected. The rules include the following:

Prosaap
I hope it work as planed but not many plans from thai work out well i scare it will be a brown envolope pit and lots more people then aloude will be there
Pompies
This sketchy plan is actually the minimum required. And no doubt there will be too few incorruptible enforcers to ensure that this precious marine resource is not brought to destruction within a few years.