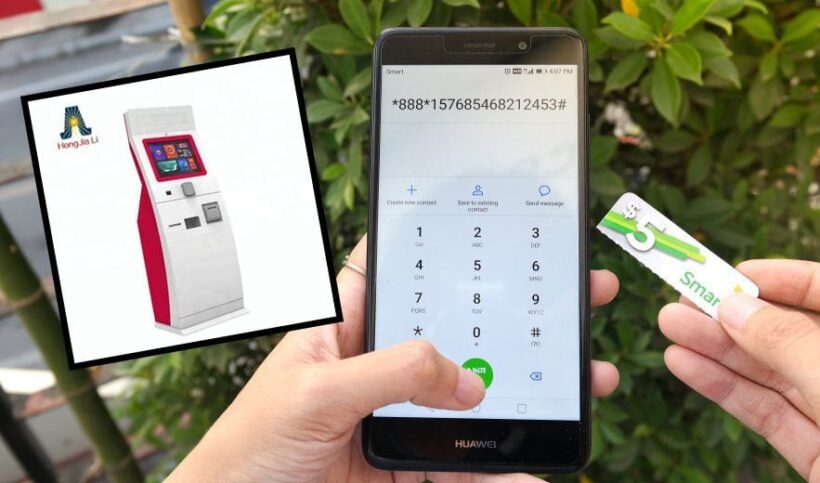 Police conducted an investigation that led to the arrest after many mobile phone airtime top-up payment kiosks had gone missing in Muang district, Nua Klong district and Khao Phanom district since December 11.

Police say they checked CCTV and identified the two suspects arrive on a motorcycle and spending about 10 minutes using tools to cut through screws securing the small kiosks and taking them away.

The two suspects told police they have stolen over 20 payment kiosks. They would test whether a kiosk contained cash by dropping in coins. If there was no sound they assumed the kiosk contained banknotes and they would take it away.

The pair also told police that they had spent the cash on meth pills.