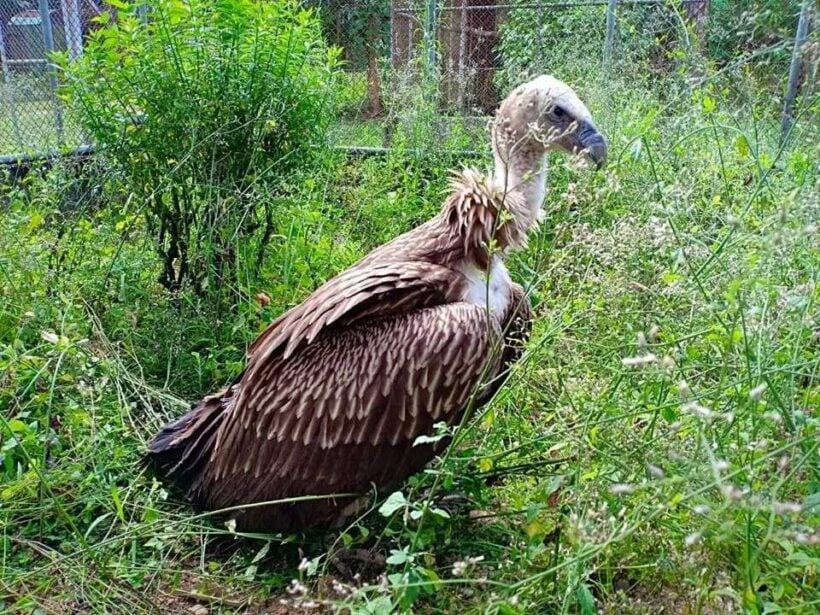 A large but weak Himalayan griffon vulture has been found in a Krabi rubber plantation after poor weather on Monday. It’s believed to have come from Tibet.

The head of Phang Nga Breeding Centre, Teetat Damudom says, “The Himalayan griffon vulture was brought to us on Monday. The vulture was been found by locals at a rubber plantation in Khao Phanom, Krabi.”

“The vulture – measured wingtip to wingtip – is about two metres wide. It is weak from a lack of food and water.”

“We believed that the vulture might have been trying to avoid tropical storm ‘Pabuk’ and was lost. It might have originally flown from Tibet.” 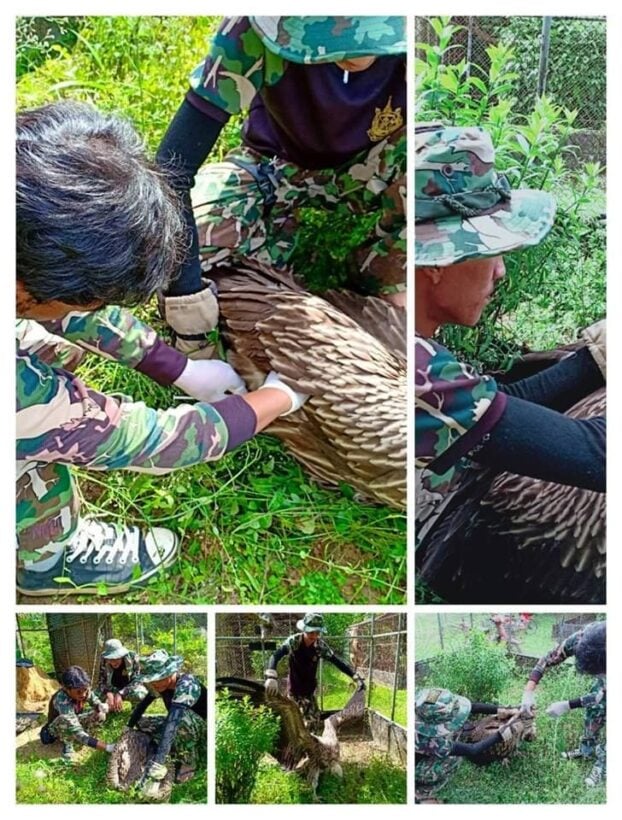 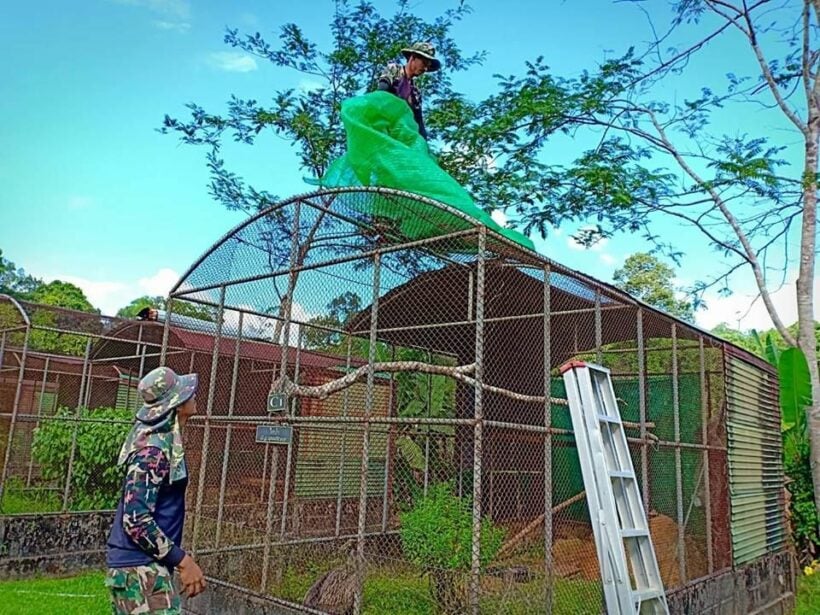 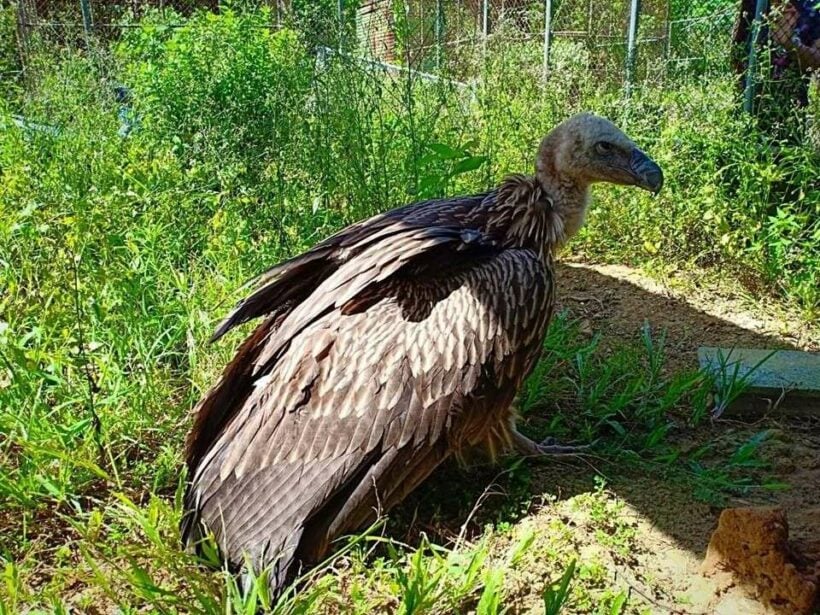