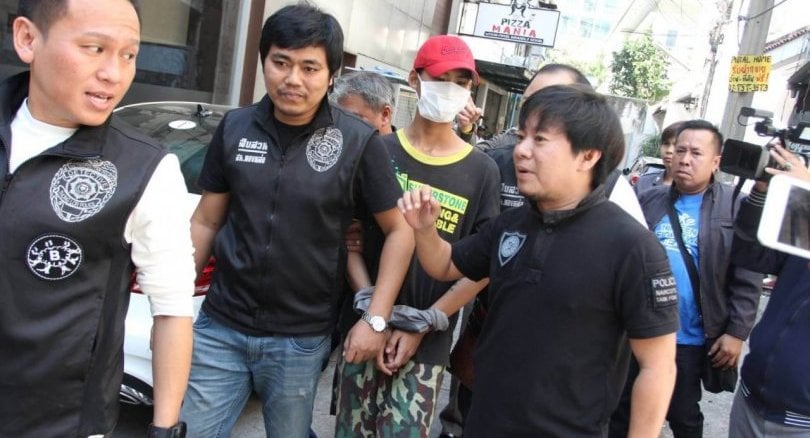 A man has confessed to killing his bar-worker wife last Thursday over jealousy and a money dispute.

27 year old Mingkwan Rattanapetch known as Saranya, was strangled inside her apartment in Bangkok. Her husband, 22 year old Noppadon Singhachote has told police that he got angry when Saranya quarrelled with him over money and threatened to leave him for another man.

Noppadon claimed Saranya wanted to break up with him, despite being together for five years and having registered their marriage.

Following Saranya’s death, Noppadon took her valuables with him and went into hiding in Hua Hin in Prachuap Khiri Khan. Police tracked him down and arrested him on Saturday night.

On Sunday, he was brought to the scene of the murder, where many local residents watched the crime re-enactment and abused him.