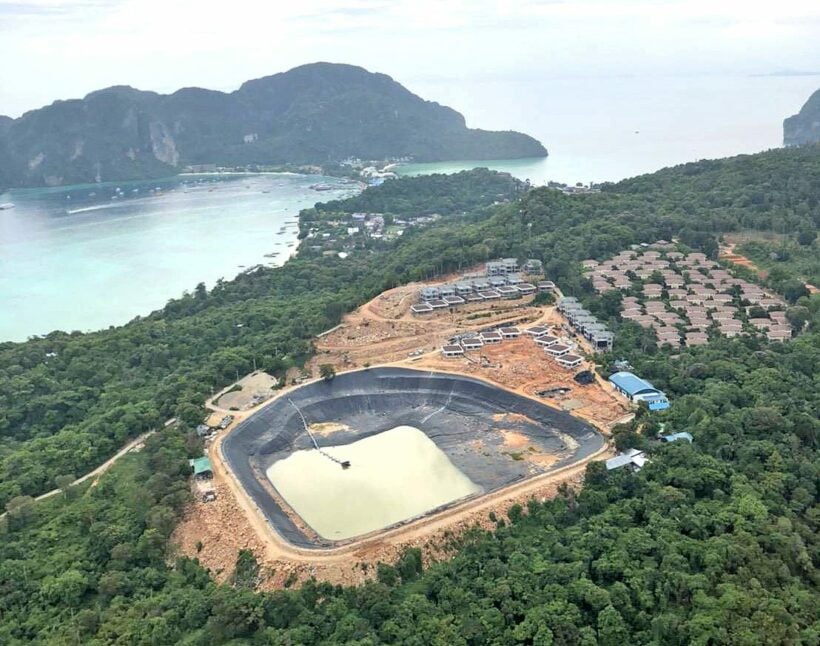 Officials are investigating about 40 rai plot of land where 34 villas and a big swimming pool are being built on Koh Phi Phi Don. Officials have also been taking action regarding the implantation of the Immigration Act whilst checking hotels and hostels on the island.

Eight premises have been found adapting non-compliant buildings and operating them as illegal hotels.

Officials also took legal action over the Immigration Act that requires tourists staying in hotels to be registered with the local Immigration office – this wasn’t happening with the offending hostels operating in the area. The managers of the establishments are also being questioned.

After that officials investigated a hillside area where 34 villas and a big swimming pool are being built.

The construction is under NorSor3 land document which was issued in 1993 for 47.5 rai plot of land. The owner of the land is Narongsak ‘Ko Kiet’ Pattamapaneewong from Chuiang Mai.

Officials took a copy of the land documents for further inspection as the construction is on a hill and officials suspect it is encroaching into the reserve forest land.