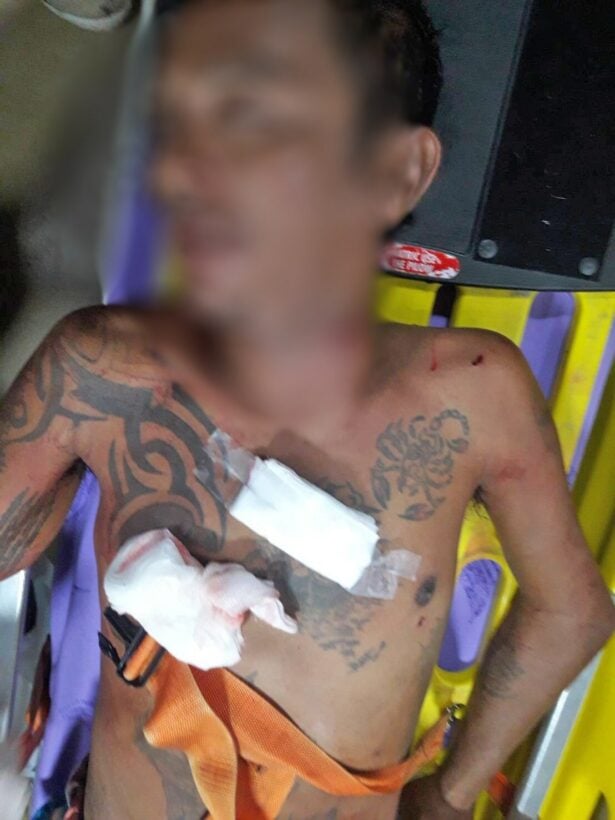 A 42 year old man, Somporn Iadchang, was stabbed by his wife during a fight last night. He was stabbed on his neck and shoulder.

The incident occurred in Kathu late last evening (April 9). Police found the husband lying on the floor after being stabbed several times in a house located in Soi Nakrob. He was sent to Vachira Hospital.

Police found that he was fighting with his 33 year old wife, Kulasatree Laibut, who lives together with him.

After stabbing him, she fled from the house. His relatives went to the house to help him and called the police. However, she surrendered at the police station and confessed that she used a pair of scissors to stab him because he tried to attack her first.

She said that she dumped the scissors on the roadside while running away from the house.

Foreign embassies pass on their best wishes for Thailand’s Songkran