Human bones were found yesterday (October 28) by a local who was looking for wild jungle products. Local Toi Kerdsomboon found the skull under a big tree.

The bones were about 230 metres up a hill nearby the dam and behind Luang Pu Supha temple.

A team from Chalong police and Vachira Phuket Hospital inspected the bones but but were unable to identify the gender from the investigation. They say the remains appear to be around one year old.

Nearby the dead body, they found camouflage pattern trousers, a red shirt, 1-metre long loincloth (Pa Kao Ma) that was tied with a 20 centimeter nylon rope. There was no documentation assisting in the identification of the person.

Around the area was just a thick forest and the location the bones were found is not a usual walking path. From the initial autopsy, the cause of death still can’t be figured out.

However, the police suspect that the person might have used the loincloth and nylon to climb up a tree and might have fallen and died. Police are now coordinating with all police stations in Phuket to check for missing people reports. 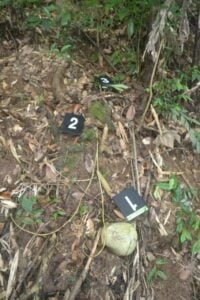 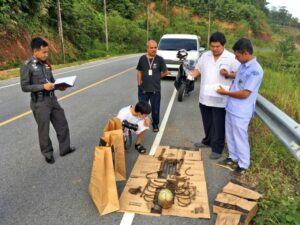 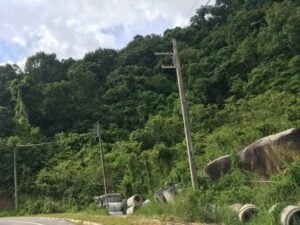