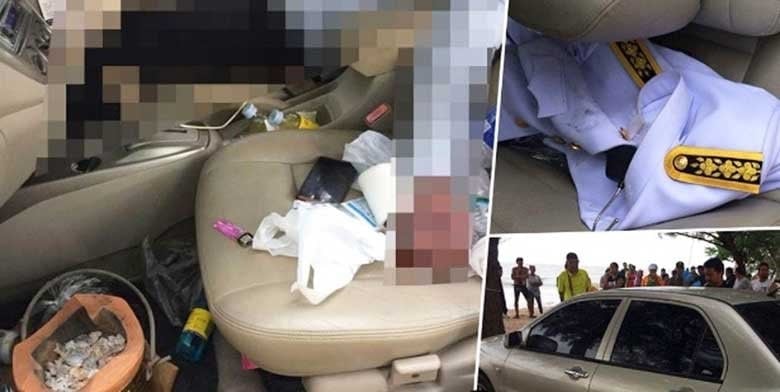 A public officer from Samut Sakhon province has been found dead on Cha-am Beach in Phetchaburi province. The body of community development official, 30 year old Thanawat Worapian, was found reclined in the driver’s seat of his car at 5pm on Thursday.

Local residents called police after they saw him lying unconscious in the car that had been parked there for three days. A propane stove was found to have been lit and placed on the floor in front of the front passenger’s seat. Two empty beer cans and a whisky bottle were also found in the car.

Police identified the man from his government official ID card. Thanawat was an operations officer for community development.

The body was taken to Cha-am Hospital for post mortem.

Visitors flooding back to the Pa La-U waterfall