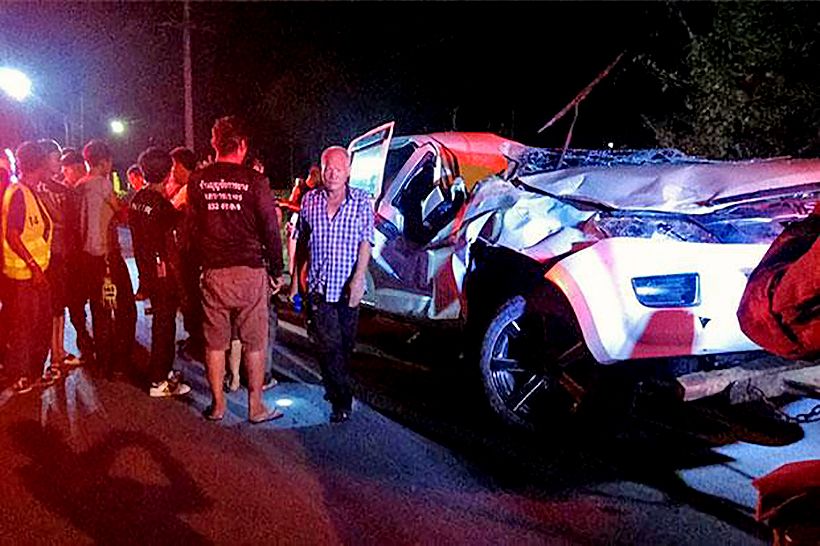 Two brothers from Phatthalung have been arrested in their province over their alleged role in the pickup-truck crash in Prachuap Khiri Khan on November 30. The incident led to two deaths and 12 injuries of illegal Burmese migrant workers.

Suspects, 29 year old Anurak Khongdaeng and 27 year old Sompong Khongdaeng, for whom the Prachuap Khiri Khan Court had issued arrest warrants for aiding illegal migrants to avoid arrest, were taken into custody in Tambon Tha Khae, in Mueang Phatthalung, where they had fled to after the night crash last Friday.

The brothers also had reportedly stopped in the Khuan Khanun district to clean up their getaway pickup in an attempt to avoid police detection and destroy evidence.

Their vehicle was one of two pickups used to transport 26 Burmese, who had trekked through the Tanaosri mountain-range forest and crossed a natural border into Thailand, heading to a labour market in Malaysia.