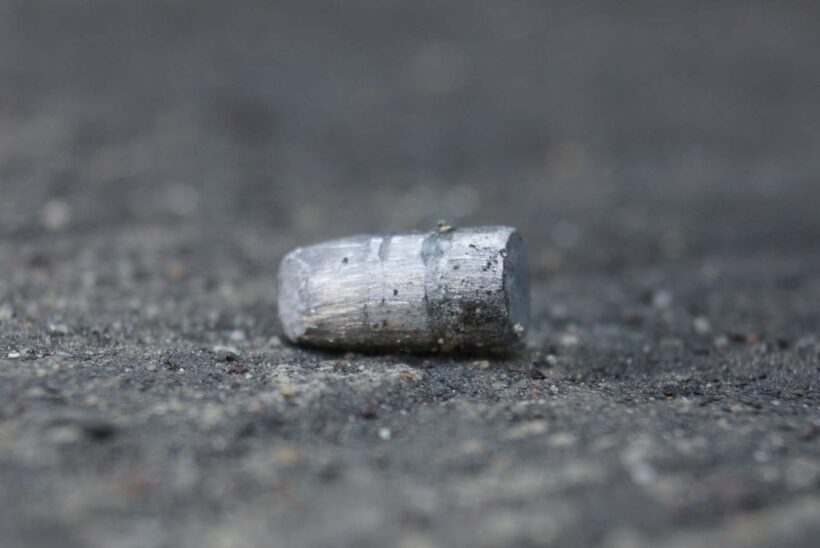 Bullets fired into the air during New Year’s celebrations damaged many people’s property late Sunday night, although no injuries were reported as of on Monday, as the dangerous activity continued despite a campaign against the irresponsible discharging of guns during holidays.

To celebrate the arrival of the New Year, many people set off fireworks while others fired guns into the sky despite warnings about the possible danger.

Police and other campaigners have warned against shooting firearms into the sky during festive events given the risk of fatalities, injuries and property damage.

After the New Year’s countdown yesterday, reports of falling bullets came in from across the country. 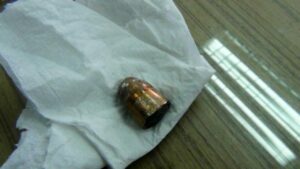 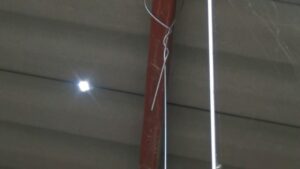 In Songkhla, 44-year-old businessman Rawich Kamolsitthisathit filed a complaint at Hat Yai Police Station after finding that a bullet had penetrated through his roof and embedded in the ceiling of the second floor of his house near his bedroom and bathroom.

He said he suspected the bullets might have been fired by people celebrating as his family had had a similar experience last year.
It was lucky that no one in his family had been harmed by falling bullets in either incident, Rawich said.

He added that he did not know whether it would occur again next year and asked the public to stop firing guns into the sky for any reason. 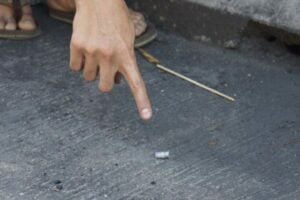 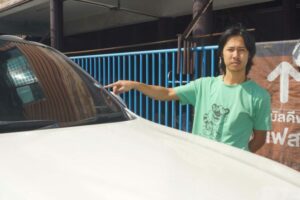 In Samut Prakan, 29-year-old engineer Adul Wattanacharoen actually moved his New Year’s party from his front yard to inside his house due to worry about hazards shortly before a bullet hit his Toyota Fortuner’s windshield.

Adul said that he knew about the hazards caused by falling bullets because such incidents had taken place in his neighbourhood many times before. About five minutes after he and his family and friends moved inside his house to continue to celebrate, a bullet hit his truck windshield’s left corner, causing a spiderweb crack.

He said he could not imagine what would have happened if the bullet had hit someone, Adul said.

Another incident was reported in Pathum Thani, as Sarawuth Mungcharoen, 38, said his niece had told him about hearing a noise in his backyard while he was celebrating with his family. His family, however, did not realise a bullet had fallen onto their roof until bedtime when they noticed a crack in the ceiling and dust on the floor. 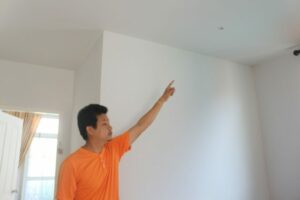 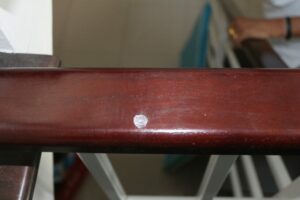 Sarawuth said fortunately no one had been injured or killed but he hoped that such a hazard would not happen again. He also filed a complaint with police in Klong Luang district in Pathum Thani.