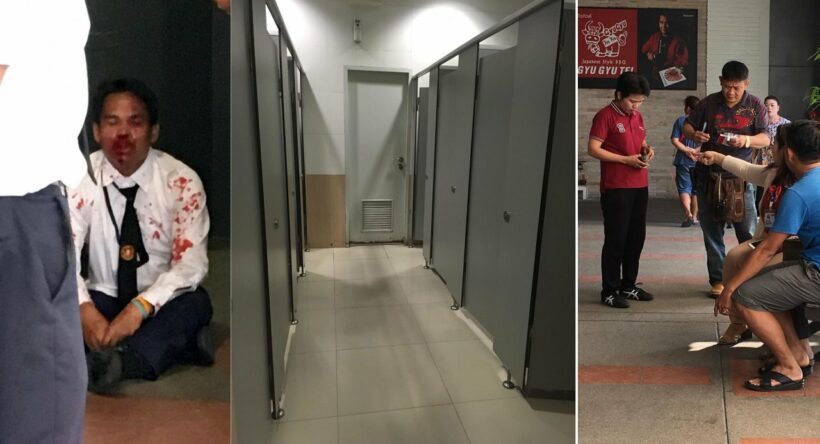 A woman escaped an alleged sexual assault by a Bangkok mall security guard on Thursday morning thanks to the timely aid by passers-by, according a Thai user of Facebook, who shared a video clip of the incident and told the story as a precautionary tale.

A Facebook user named “Atom Kamolphu” warned that women should beware going alone to public-access toilets located in isolated corners. He cited an incident in which an unnamed woman – wearing a long-sleeve shirt and long pants – walking alone to a toilet was allegedly attacked by an unnamed security guard at 9am on Thursday at a second-floor mall toilet in the Rajapreuk area. 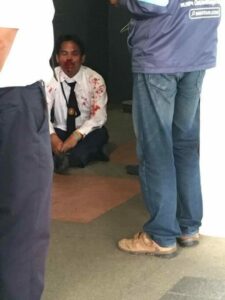 “Atom Kamolphu” claimed the ill-intentioned guard followed the woman and locked the toilet’s common door before trying to sexually attack her. A passing-by worker heard her cry for help and banged on the door and shouted for others to come and rescue the woman.

The timely intervention of the good samaritans saved the woman and resulted in capture of the suspect, who was handed over to the police, said “Atom Kamolphu”. 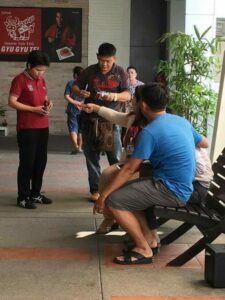