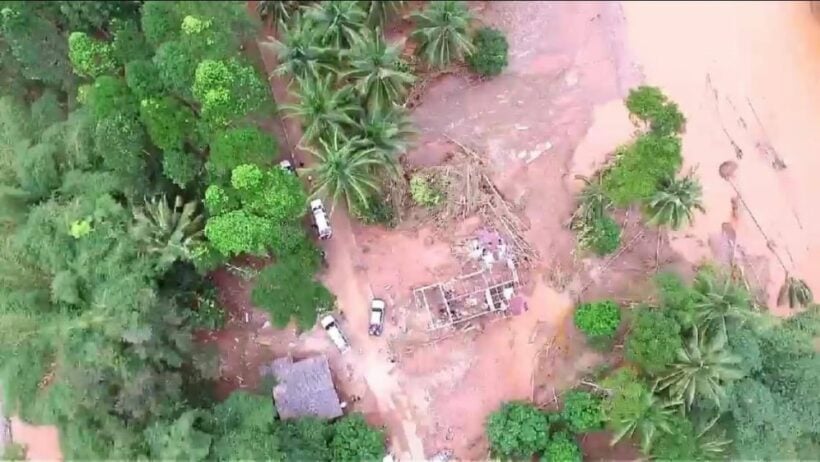 Patong wakes up this morning to start mopping up the heavy flood waters from last night. Heavy rain pelted Phuket’s party town, and other parts of the island, from around 10pm for four hours. Yesterday morning Patong also had heavy floods leading to two electricity poles along the Patong – Karon cliff road to collapse on the road causing peak hour mayhem.

Speaking of Patong, the much-discussed Patong Tunnel seems to have inched a step closer to reality after Patong’s Mayor confirmed that the Environmental Impact Assessment has been completed and is being considered by the project’s planning committee before the project gets sent to the Thai Cabinet for a final decision.

The tunnel would run 1.85 kilometres under Narkkerd Mountain and will mostly funded by private investors who will charge a toll on the new roads. The budget for the tunnel and fly-overs is set at 11 billion baht. Just the expropriation of land for the project will cost an estimated 5 billion baht. 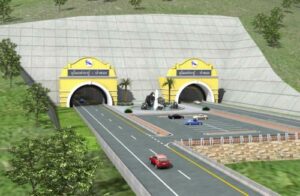 We especially like this artists impression of the proposed Patong Tunnel. Notice something wrong with the direction the traffic is travelling?

Government House reporters say that the usually affable Prawit seems to avoiding facing the glare of the media after being criticised for his possession of a multi-million baht watch and flashy diamond ring, which were not declared in his assets. The National Anti-Corruption Commission has given the General 30 days for a ‘please explain’. 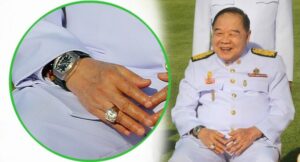 The pace of Artiwara “Toon” Kongmalai’s cross-country run to raise money for 11 public hospitals slowed somewhat in Ayutthaya on Thursday morning when he had to walk beneath the bellies of three elephants.

But it was part of a warm reception in the historic city, a traditional ceremony meant to ensure his efforts are successful. Toon and his running mates reached a designated resting point in front of a petrol station at Kilometre 41 on Highway 340 at 8.40am.

The organiser of the ceremony presented them with 2.2 million baht collected in the province. Toon hopes to raise 700 million baht by the time he reaches the northern tip of Thailand in Chiang Rai. 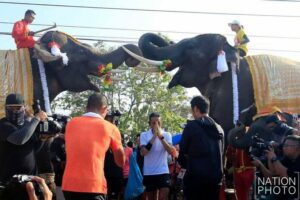 As parts of Phuket mop up after heavy overnight rains, officials in Nakhon Si Thammarat were in a race against time as major infrastructure continues to be overwhelmed by flooding with more torrential rains expected today.

Urgent efforts were underway to drain the runway at the province’s main airport, which was inundated by runoff since late Wednesday night. Flooding forced the airport to close yesterday and officials are hoping to re-open today.

In Songkhla, eight train services were suspended for another two days as a flooded 200-metre railway section was still waiting to be repaired. 465,399 residents in Nakhon Si Thammarat’s  23 districts have been affected by the floods and seven deaths have been reported with 277 homes partially damaged. 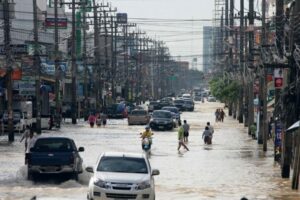 The SIM cards, carrying the DTAC brand, were still in their plastic packaging. They were found inside three bags on a cart being wheeled across the border checkpoint by a Cambodian worker.

The worker was released after claiming that he knew nothing about the SIM cards and says he was paid 50 baht to carry the three bags across the border to the Rong Klua Market on the Thai side. Customs officials are speaking to DTAC to check whether the SIM card numbers are for Thai or Cambodian use before continuing their investigation as to who was behind the smuggling, and why. 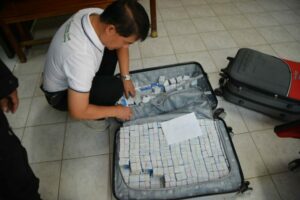 Preparations for King’s visit to the South

Army Commander-in-Chief Gen Chalermchai Sitthisart was in Pattani yesterday  checking security measures ahead of a planned visit by His Majesty the King tomorrow. 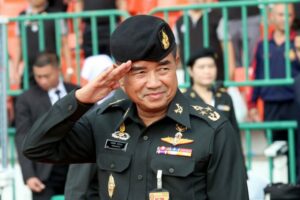 Chalermchai, also deputy director of the Internal Security Operations Command, was in the southern border province with other Army officials to check arrangements for His Majesty’s visit. Chalermchai and his entourage also met flood victims in Pattani and Songkhla to report to the Prime Minister. 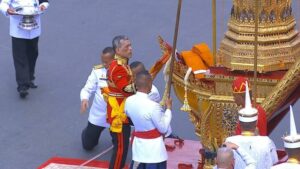 Daily Briefs compiled with The Nation, Phuket Gazette and VOA.