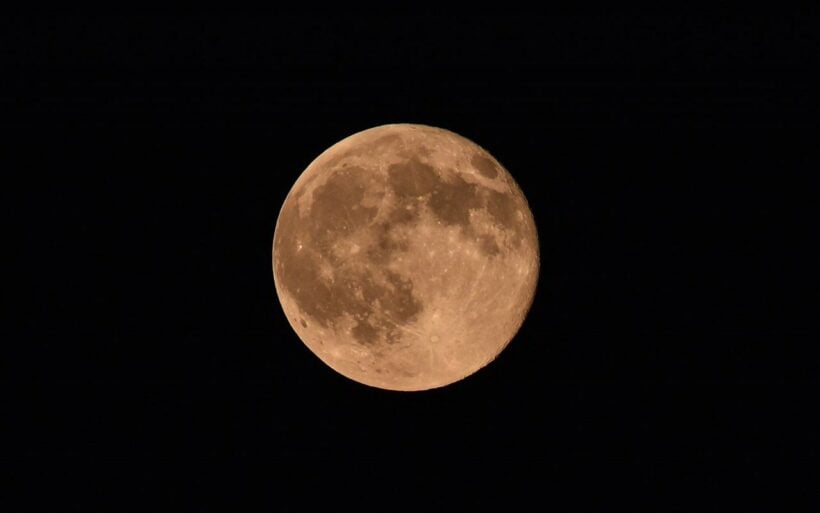 A super Full Moon, a new year, but a few more days to go first. A bit cloudy today as the remnants of tropical storm Tembin make their way across the island over the next few ays. The weather forecast predicts some rain over the weekend – we’ll keep you informed and up to date. Here’s today’s main news stories…

The Director General of Department of Airports says the EDS have already been installed at Krabi and Udon Thani airports and will also be installed at Surat Thani Airport in the next few days.

According to the Immigration Bureau, the new Smart Visa will provide more benefits and privileges than any other visa. The Smart Visa, available for professionals earning more than 200,000 baht per month and coming from specific IT, health and ‘tech’ related industries, will be available from mid-January. The new visa will provide for a four year stay without annual renewal and also allow wives and children to be included in the same visa. 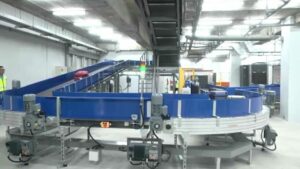 Thailand will see the biggest and brightest moon of 2018 next Tuesday night in a phenomenon known as the “Super Full Moon”.

National Astronomical Research Institute says that the next Super Full Moon would appear in the night sky on January 2, as the moon approaches the Earth at a distance of a mere 356,000 kilometres, give or take a few kilometres.

The full moon will appear slightly larger than the last super moon on December 3, while compared to a normal full moon it would appear 7 per cent larger and 16 per cent brighter.

The moon will be visible on the eastern horizon beginning at 6pm next Tuesday. That’s if the weather co-operates. 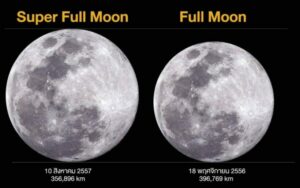 Verification for migrant workers to be extended

National verification for migrant workers will be extended for three months, as some 1 million people are still to go through the process, this according to the Labour Minister Adul Saengsingkaew. 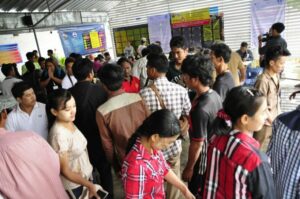 A group of five rangers narrowly escaped unscathed in Narathiwat as an exploding roadside bomb missed them by metres.

Militants are suspected of planting and detonating the bomb targeting the five member team of teacher protection patrol rangers, but nobody was killed or injured as the explosion was directed toward roadside bushes. Police found a 30 centimetre deep, 1.2 metre wide crater with bomb fragments. They say the explosives were placed in a 10 kilogram metal box and detonated by walkie-talkie radio. 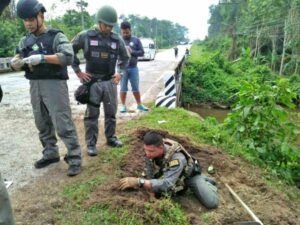 Privy Council President General Prem says PM General Prayut Chan-o-cha might have run out of support when the premier made a New Year’s visit yesterday.

97 year old General Prem said that Prayut had almost used up all of his supporting force, saying, “…if you can demonstrate goodwill to Thai people, your support will automatically come.” While it is not unusual for the two retired generals to meet, it is rare for Prem to point out what could be seen as Prayut’s political flaws.

Thailand’s Privy Council is an 18 person council nominated by the King to advise the Monarch and act as a communications channel from the Government to the Head of State. 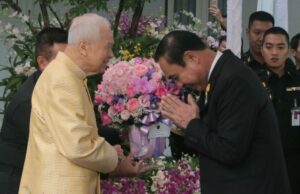 Singer-turned national hero Artiwara ‘Toon’ Kongmalai, along with his girlfriend, are on their way from Chiang Rai back to Bangok, NOT in an Army charter plane as offered by the Prime Minister, but in a convoy of three passenger vans for Toon and his support team.

Meanwhile, Army chief General Chalermchai Sittisart has granted certificates of recognition to two soldiers who joined Artiwara’s charity run providing additional security during the 55 day run from the deep south to the northern tip of the Kingdom. 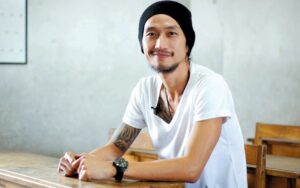