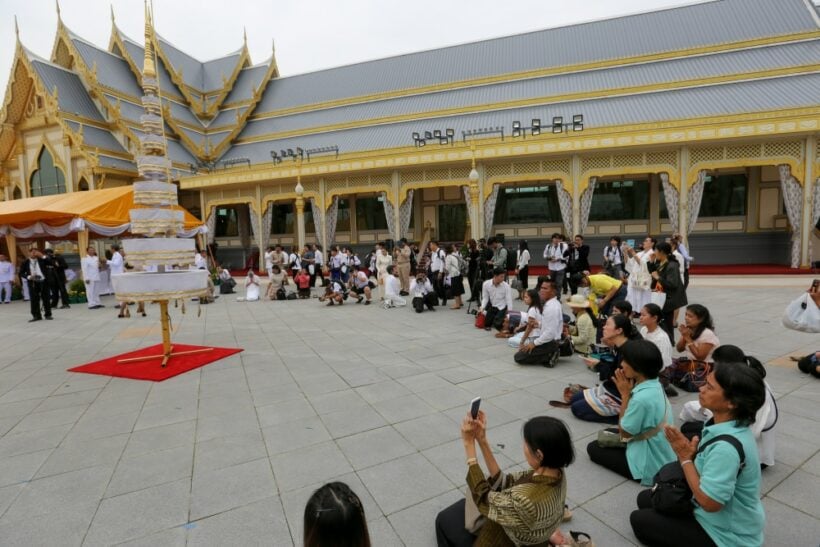 The 10 drivers, who have been drifting their cars and spinning wheels in Chalong, generally disturbing the locals, handed themselves into Police last night. They are accused of reckless driving, blocking the traffic way and disturbing the public. The 10 cars were seized by the police. The video on Facebook showing the group in Chalong’s streets ended up as perfect evidence to help the police track down the registration plate numbers and round up the drivers. The car racing was filmed in front of the Nakok Market on January 9.

The head of the group said that he and his friends are sorry for what they have done and promise that it won’t happen again. 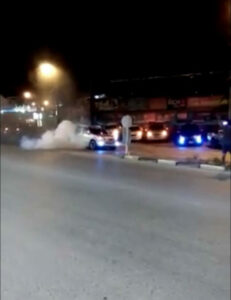 Phuket has set up a committee to manage the 178-rai Layan and Laypang beach foreshore area after it was ruled as public space by the Supreme Court last year. The Phuket Land Office says that efforts will now be made to allow common use and prevent any more encroachments.

The Supreme Court issued its ruling on November 1, rejecting a lawsuit brought by six businesspeople who had challenged the province’s 2003 announcement of the land being a public place. Many of the businesses have been conducting illegal restaurants and shops along the beach strip since then. In the case of Tony’s restaurant, they’ve built a very substantial restaurant building on the land and are a popular location for locals and tourists. Tony’s restaurant 50 year old owner is still claiming that they have a legitimate title to their land they’re using.

Governor Plodthong has assigned the Land Office and public prosecutors to bring the legal execution warrant to compel the remaining four businesspeople, including Tony’s Restaurant, to comply with the court order by vacating the land. 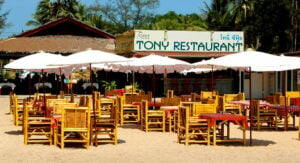 After serving as the venue for the grand cremation ceremonies for the late King Bhumibol Adulyadej in October, the government yesterday began dismantling the Royal Crematorium at Bangkok’s Sanam Luang.

An exhibition at the site had drawn more than 4 million visitors during the two months after the late King’s cremation.

Early yesterday, Prime Minister Prayut Chan-o-cha presided over a religious rite to mark the official beginning of the removal of the Royal Cremation structures. Many loyal Thais joined the merit making by offering food to 89 monks. Buddhist rites were followed by Hindu rituals, as the Thai monarchy embraces both Hindu and Buddhist concepts which were reflected in the architecture of the Royal Crematorium. 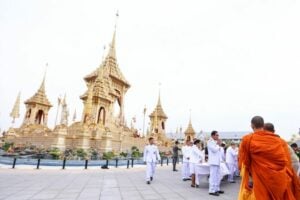 Hundreds of Chinese tour buses are clogging the tiny streets around ‘old Kathu’ every day to drop tourists off at the Kathu Temple. The temple now has a full commercial operation offering religious amulets, some of them selling for 20,000 baht and more.

Spotlight Phuket, the Facebook page who went public with the story of police corruption in Patong last October, has described the commercial enterprise at Kathu Temple as a ‘scam’.

We spoke to two people involved in the daily operations of the tours on site yesterday, they admitted that the temple was working in conjunction with a Chinese tour company. The tourists are being told that the amulets will ‘give them good luck’.

The temple’s commercial activities are another example of innocent Chinese tourists being dropped off at various activities, not included in their original agenda, where they are ‘encouraged’ to purchase over-priced, gems, latex (rubber products), herbs and herbal products, dried fruits and, in this case, religious amulets. Currently, institutions could be liable to a hefty fine of up to 1 million baht per wrongfully opened account. The deputy AMLO chief said all financial institutions are required by law to properly verify identities by using their ID cards and other personal data. 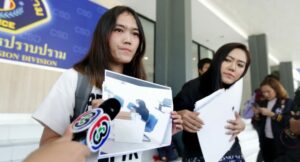 The governor will also call a meeting with beachfront hotels or resorts for discussion to avoid a repeat of the recent incident where a handful of foreign tourists who were relaxing on Bang Tao beach were told to leave by staff of the Dusit Thani Laguna hotel.

The incident, posted on social media by a witness, has sparked off a stream of criticism against the hotel. 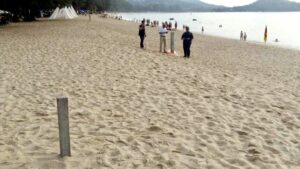 Beats & Bites return to Boat Lagoon tonight. The January Boat Lagoon Weekend will be on between 6-9pm tonight and Saturday night. 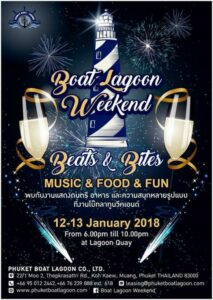