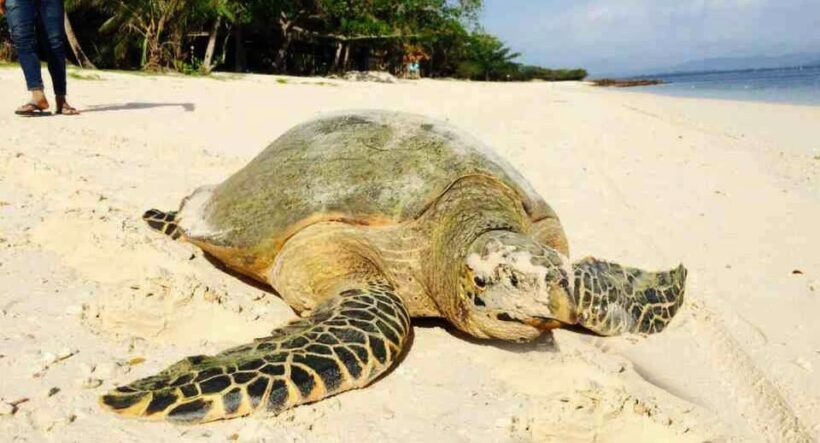 With the leatherback turtle already listed internationally as a critically endangered species, the National Parks, Wildlife and Plant Conservation Department yesterday expressed serious concern that none of the animals had returned to beaches in Phuket and Phang-nga to lay eggs since 2013.

Director-general Thanya Netithammakun raised the alarm over the survival of the leatherbacks, as there have no reports of females of the species returning to lay their eggs at the beaches in Khao Lampi–Hat Thai Mueang National Park in Phang-nga province and Sirinat National Park in Phuket for four years. Thanya said he suspected that increased development on the beaches was the main reason for the disappearance of the giant turtles, as the greater presence of human activities on the beaches disrupted their nesting grounds.

“The last time that we received a report of leatherback turtles laying eggs in these national parks was in 2013. This is abnormal and very worrying, because the turtles will nest on the same beach every year during November to February and these two national parks are the main nesting grounds for leatherback turtles in Thailand,” he explained. In light of this growing concern, the department is striving to develop a plan to re-establish a suitable environment for the turtles to nest on these beaches again. Leatherbacks are the largest turtle species in the world and can be found in all tropical and subtropical oceans. 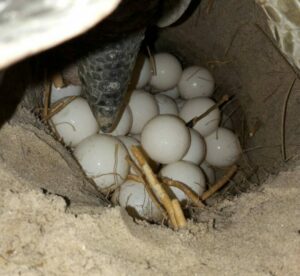 However, the species is listed by the International Union for Conservation of Nature as being critically endangered, and is also on Thailand’s list of reserved animals. The major reasons for the worldwide mass reduction in leatherback numbers are the loss of nesting grounds and sea-garbage problems, as it is increasingly common to find that the turtles die from consuming plastic bags, which closely resemble their main diet of jellyfish.

7 year old girl chained up by her mother