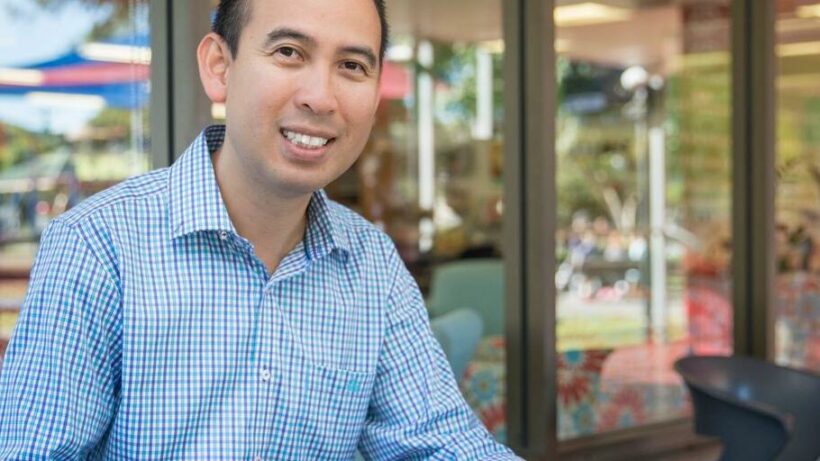 Wuttipong Sangjitphun, running for a seat in the Queensland state parliament.

Wuttipong Sangjitphun is the first Thai endorsed by the Liberal National Party of Queensland (LNP) to run in the Australian state’s upcoming election this month.

The 39 year old Thai, who converted to Australian citizenship, will run for a seat as the MP for the Brisbane constituency of Stafford in the November 25 poll.

In a recent interview, LNP state president Gary Spence said Wuttipong was a great example of the new generation of LNP members.

Wuttipong, now known as Ed, is originally from Suphan Buri province and has been working as a senior financial adviser for BT Financial, a company in the Wespac Bank group, where his office is in the constituency he is challenging.

He has been campaigning hard for several months, greeting and engaging with people on pavements, in train and bus stations and through knocking on doors.

Wuttipong could not speak English very well when his parents sent him to study in Brisbane in August 1996 after he graduated from King’s College high school, Nakhon Pathom province. He then completed an intensive 12 month English course at TAFE, a technical and further education college.

Finding he had developed a love for Queensland, he stayed on to complete a degree in Arts (International Relations) and Commerce at the University of Queensland, where he met his wife, Lisa.

They married in 2003 and have two boys, Zenden, 13, and Jetrin, 9. Ed said he decided to migrate to Australia for a better life and was grateful to find that Queensland was the best place to live and raise his family.

“Which is why I put my hand up to help build an even better Queensland with the LNP,” says the aspiring politician. “With different knowledge shared, we can achieve greater outcomes together.” 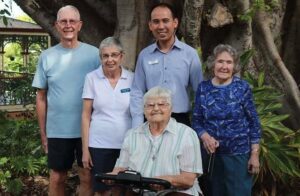 Ed’s interest in politics started when he was 10. He recalled watching the Bangkok governor elections on television with his grandfather.

He was drawn to Queensland politics after spending six months in an internship program at the state Parliament, where he had an opportunity to work with the Member for Maroochydore, Fiona Simpson.

“I had an opportunity to write a report on how the government could promote Queensland tourism through international students who had chosen to come to study in Queensland,” he recalled. “I received a high distinction with that report.”

That recognition for good work was the beginning of a love affair with his state and its politics.

Ed said his background in banking and finance was a good fit with his party’s key campaign message: to better manage Queensland’s finances and to deliver job creating investments to Queenslanders. 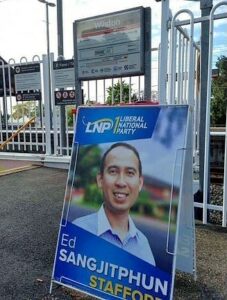 Vachira wants to be paid before Stacey can leave hospital