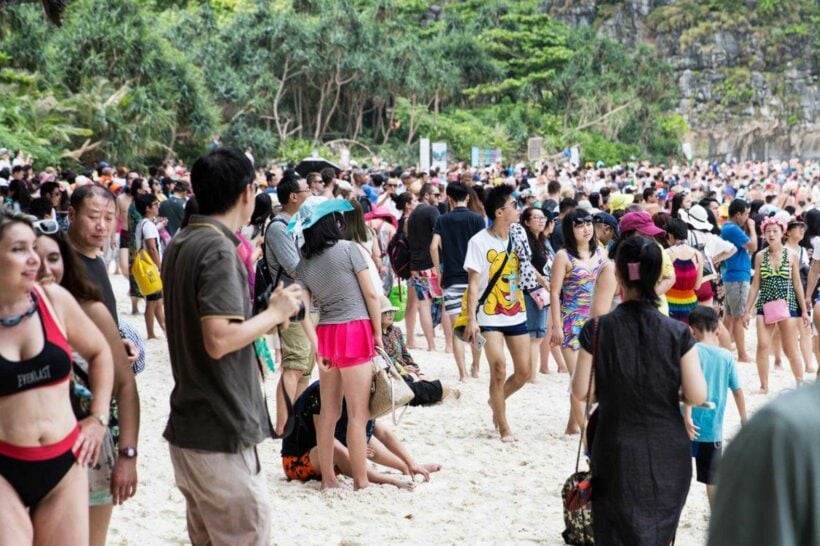 The tourists keep arriving, the numbers keep soaring. Assuming the numbers have to plateau at some stage, when will that be?

For the past 20 years, through floods, bombings, coups, political upheavals and a few unsolved, mystery murders, Thailand’s tourist arrival numbers just keep rising and rising, heading into unfamiliar territory. So many people have predicted doom and gloom – “the good days are over” – but still the tourists continue to flock to the Land of Smiles.

China continues to dominate Thailand’s inbound tourist arrivals with August ending up with 3,133,411 visits, up 8.6% year-on-year. August was the fourth month, this year, that saw arrivals exceed 3 million, the second highest after January when visits reached 3,197,053.

Other peak travel months when visits exceeded 3 million were March and July.

So where did tourists come from in August?

Most Asian nations have seen their currencies strengthen against the US dollar and they are the main source for Thailand’s tourist arrivals. January to August revenue reached an estimated 1.19 trillion THB, an increase of 7.47% over the same period last year. Tourism earnings represent 12% of Thailand’s total GDP.

August figures, and those for the eight months so far, show China dominates Thailand’s travel supply chain. If there was ever a blip in that pattern it would drive the tourism industry to hit the panic button, as it did during last year’s crackdown on zero-dollar tours.

In 2016 Thailand registered 32.6 million visits. Based on the current performance tourism officials are confident visits will exceed 35 million by the end of the 2017.