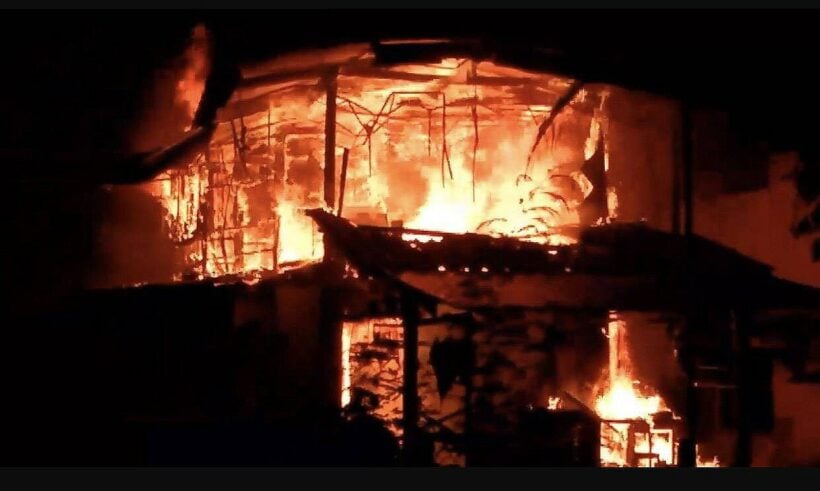 Two teachers’ houses in the Baan Bang Tao School were on fire last night at about 8pm. The houses are completely destroyed after a furious blaze. No injuries or casualties have been reported.

The houses were located behind the school. They were 2 storey buildings made of mixed timber and concrete and built 40 years ago.

Firefighters took about 40 minutes to extinguish the flames as the wooden parts were highly flammable. The valuables inside were all destroyed along with the buildings. The estimated loss is over 1 million Baht.

The teacher who lived in one of the houses said the she went out for about 20 minutes and found that the house was already on fire by the time she came back.

Police believe that the cause of fire is an electric short circuit. Forensic police will investigate the scene to ascertain the exact cause.

Ex-husband kills woman on the street