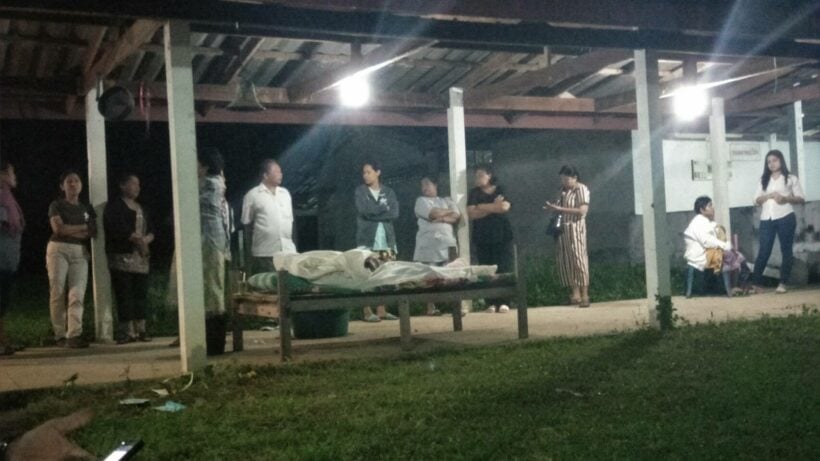 A 35 year old female elephant ‘Sao Nui’ has attacked her mahout, 50 year old Amorn Morakot, while they were walking in forests behind Krabi.

A rescue team brought the body of Amorn out of the forest of Khao Panom district, Krabi, after his relatives found his body at the scene yesterday.

“At about noon the mahout took his elephant to the forest and chained her to a tree as part of a training routine*. At about 6 pm, the relatives were concerned that they hadn’t returned so they went searching for him in the forest and found him dead. His left ribs had a wound and his left arm was broken” explained Pol Capt Boonsong Longwaree.

At the scene, the elephant stayed with the mahout all the time and wouldn’t allow anyone to get near his body until relatives asked another mahout who used to take care of Sao Nui, along with about 7 villagers, to help bringing the body out – a process that took more than 3 hours.

Somporn Chumduan, a relative of the mahout, said that Amorn was the owner and mahout of Sao Nui. The elephant had worked for him for several years and “she was not a fierce animal”. However, she had been in a bad mood 3 or 4 times before and attacked the mahout in the past.