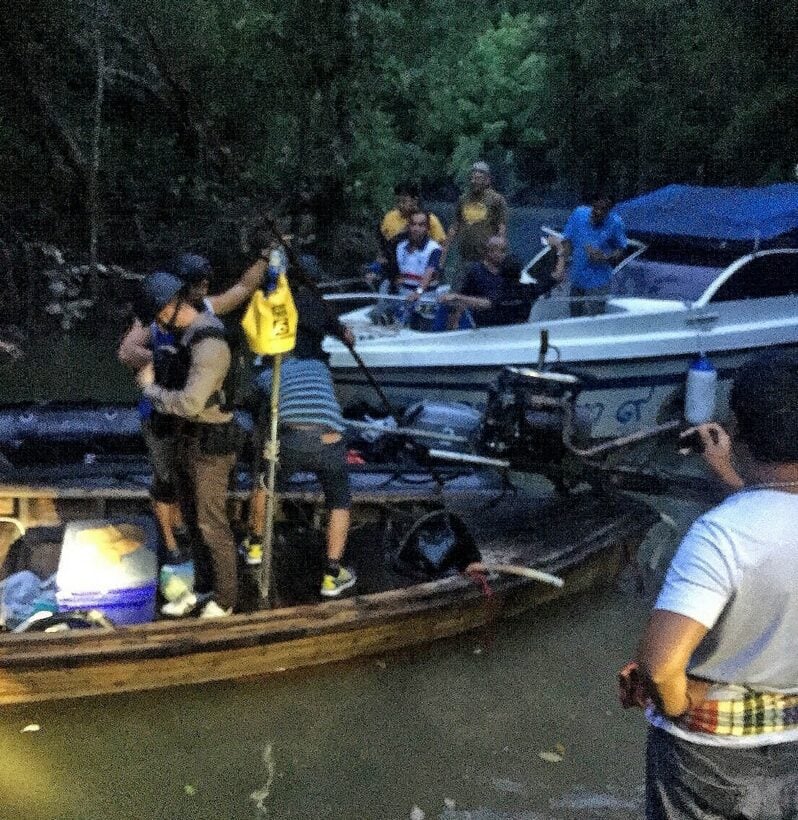 The 6 fishermen include 31 year old Boonkum Bohmuang, 27 year old Rachan Thong-Iad, 25 year old Sakrit Thong-Iad, 36 year old Thalerngsak Thanyupak and 37 year old Manoch Thintalay. After being informed about the drugs being transported by boat through the Andaman Sea, an undercover police officer contacted two of the men to buy some marijuana.

The boat belongs to Thalerngsak Thanyupak. The three brought the boat to shore in the mangrove forest near Baan Tha Dan Pier in Koh Panyi sub-district.

The police arrived at the appointed time, cordoned off the area and arrested the three with the 300 blocks of marijuana hidden in 8 fish food sacks. Police continued their search and arrested the rest of the men with 150 more kilos of marijuana blocks. All of them confessed to possess and trade Category 5 drugs. They claim the drugs belong to ‘Bung Lee’ in Satun Province who arranged the transport to ‘Je Sao’ in Krabi Province. The men told police they were hired to disperse the drugs to customers and sellers in the area for 60,000 Baht.

“This is the first offshore drugs crackdown in 10 years. The drug dealers might have changed their transportation way. However, they can’t sneak away from police eyes. This is an integrated job involving many departments of police. If the drug was released to the market, it would be worth about 12 million Baht,” said Pol Lt Gen Sorasak Yenprem, Acting Royal Thai Police Region 8 Commander. 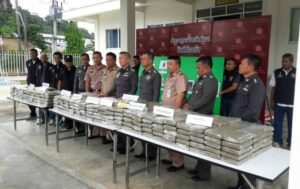 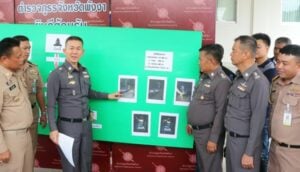