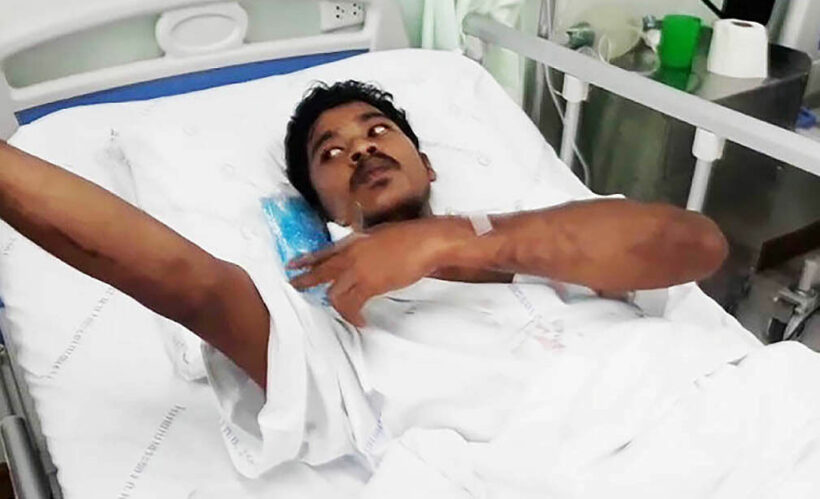 Spearfishing is still a thing, but usually by humans hunting fish, not the other way around. Thai national Noppadol Sringam is now in a stable condition recovering from a freak marine accident. The Thai tourist was left in serious condition after a needlefish skewered him in the neck while he was swimming on the Trat coastal beach of Ao Tan Khu beach, facing Koh Chang.

“Needlefish are adept jumpers, carnivorous in habit, and distinguished by long, slender jaws equipped with sharp teeth. They are silvery fish, with blue or green backs, and are edible. The family includes some 60 species, the largest growing about 1.2 metres long.”

Needlefish, among their accomplishments, are known to leap out of the water, which is how some victims have been speared in the past. They can reach speeds of up to 65 kilometres per hour. Noppadol shouted for help and another beachgoer ran to his help and to brought him to shore. He was then given initial first aid by lifeguards before being taken to Trat Hospital. 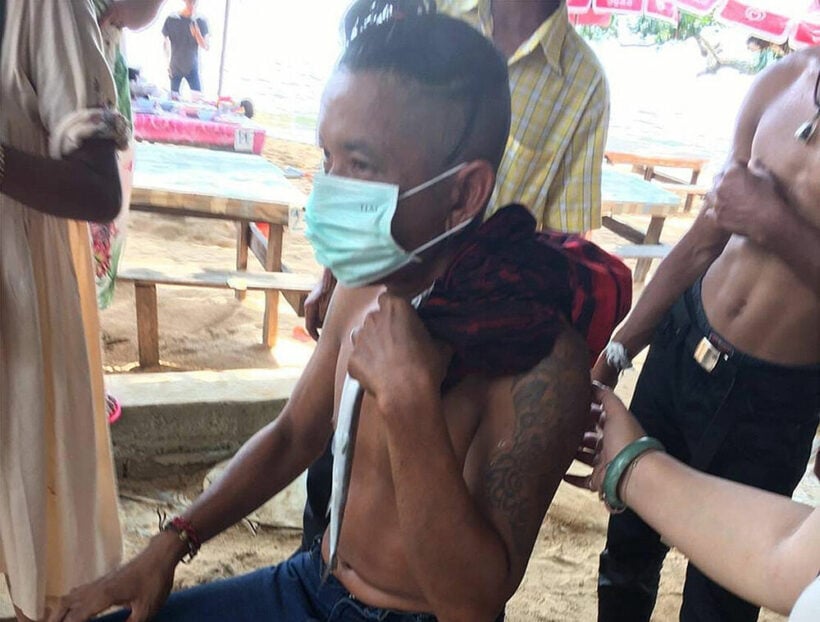 According to local politician Suchart Jitmungmanotham, the needlefish species had never been seen in that area, although marine scientists say that the species are, locally, almost exclusively found along the shallow coastal areas of the Gulf of Thailand. Authorities issued warnings for the beach and advised beach-goers to be extra careful while swimming.

While needlefish “attacks” are rare, Noppadol certainly isn’t the first person to suffer a close encounter with a needlefish.In December, 2018, a Thai soldier was skewered through the neck by a needlefish, in what was believed to be only the third incident ever recorded. That needlefish incident killed 22 year old Petty Officer Second Class Kriangsak Pangpanit during a training exercise with the special forces in the same area. A 1 metre-long needlefish swam straight into him after apparently being frightened by his underwater light.

In another incident in 2020, a young fisherman barely survived after a fish leaped out of the water, impaling his neck while fishing in southern Indonesia.

A 10 year old boy in Hawaii is reported to have died during a nighttime fishing trip with his father in 1977 when a needlefish pierced his eye. A 16 year old Vietnamese boy is also listed as a victim from a needlefish injury.

Pinetree
51 minutes ago, Thaiger said: Spearfishing is still a thing, but usually by humans hunting fish, not the other way around Interesting seeing them get their own back then.