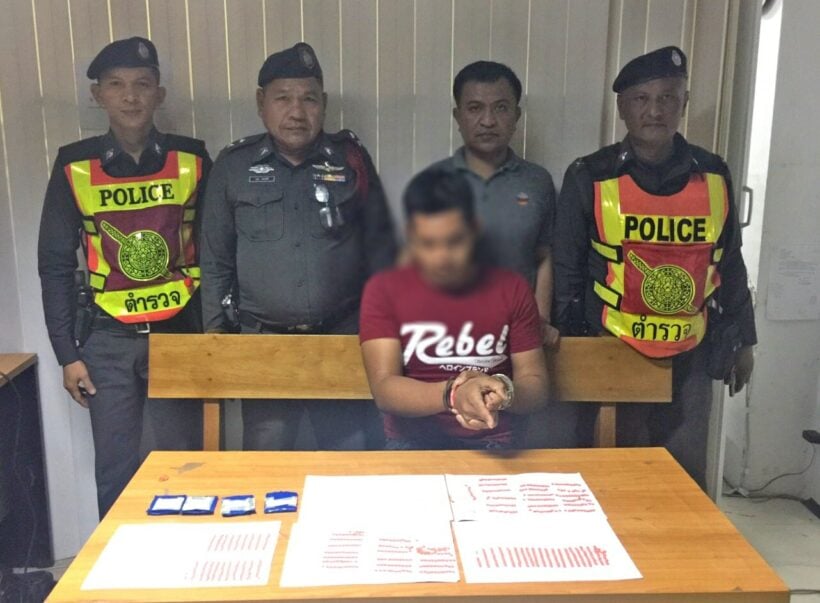 Prasorn was traveling to Phuket on a Hat Yai – Phuket bus and the bus was stopped by checkpoint officers. During the search, he was acting suspiciously so the officers asked him to go to the Checkpoint building for a routine search. Police found 4 packs of amphetamine and 6 packs of methamphetamine inside his underwear. He was later taken to the Thachatchai Police Station for further investigation.

He confessed that he was hired for 3,000 Baht by a man named ‘Ball’, whose real name he claims to not know, to carry the drugs from Phatthalung province to his customers in Patong.

Prasorn has been charged for possessing and trading drugs. 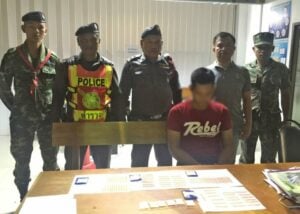