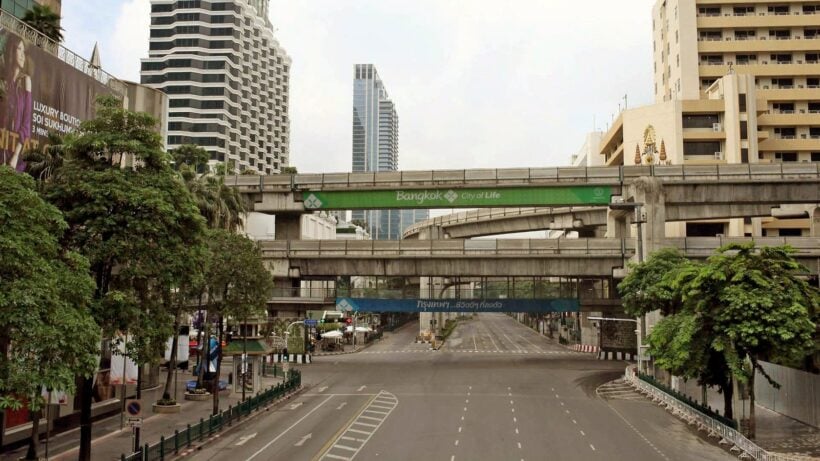 Don’t come to Thailand at the end of October if you expect things to be the same same. For all the right reasons, it will be very different indeed. Not for Thais or those expats that fully appreciate and understand what’s going on, but for tourists. It’s likely that nothing much will be open on October 26 and many families, particularly in Bangkok. will likely take a few days off either side of the country’s most profoundly sad day in many generations.

Whilst only a few of the bigger companies have announced official closures – Central, Tesco Lotus and 7/11 – it’s highly likely than many more, if not most, will fall into line. There is the economic aspect (not many people will be focussing on buying anything much on the day) then there’s the shame aspect of company’s wanting to be seen ‘doing the right thing’.

In Bangkok, today, it’s a sea of black. The capital is clearly in mourning for their beloved King, His Majesty the Late King Bhumibol Adulyadej, as the day of the final farewell draws closer. The grief is real, tangible and conspicuous. Thais feel that the death of their King on October 13 last year was the end of an era. At the time their feelings of profound loss were probably tinged with other fears – not knowing what would come next.

Under the guidance of the country’s ‘uncle’, PM Prayut Chan-o-cha, the whole transition from the passing of a King, who had been the country’s titular but emotional inspiration, to a new King, was smooth, beautifully stage-managed and handled with heart-felt reverence, calm and precision. The General, who’s blunt military take-over in 2014 had made him as many enemies as friends, found his stocks rising. If anyone had any doubt about his abilities or his intentions, their opinions surely changed on the saddest evening in Thailand’s recent history when he fronted the TV, holding back real tears, and explained, precisely, what was going to happen next. There wouldn’t have been a single expat who would have had any doubt that the General, bad temper and all, was the right man in the right place at the worst moment.

Whilst Bangkok is a sea of black with Thais and most others falling into line with the official mourning dress code, Phuket is an entirely different story. Running on the fuel of tourist dollars, it’s carrying on as if nothing is happening ‘up north’. In locations around Phuket Town and Government offices it’s a more sombre mood, of course, but venture far away from these offices or pockets of ‘Thainess’ and it’s business as usual.

Central Festival, Jungceylon and the Tesco Lotus stores have announced they’re closing up on the afternoon of October 26 to provide their staff the opportunity to mourn, attend local ceremonies or simply watch the grand event unfold on TV. There won’t be anything else to watch, or listen to on radio. ALL stations will be covering the Royal Cremation ceremony.

Even today 7/11 stores around the Kingdom, some 10,000 shops, have announced that they’re closing from 2.30pm. Some of the larger tourist attractions have also said they’re on hold for that day, and, as in Bangkok, we’re absolutely sure many others will fall into line. What about hotels? What about the airports? Immigration staff? Taxi drivers? Bus companies? It’s as if the entire mechanism of Phuket will come to a grinding halt on this profoundly sad day. With 7/11s closing down I am sure most Chinese tourists will be at a total loss!

So don’t come to Thailand in late October. Unless you’re content to simply sit on the beach with some provisions you bought at a convenience store the day before, you’re likely to find most things closed or not operating on the day. And perhaps a few days before and after as well.

For an expat, living on the island for five years, I consider it a privilege to be living in the country during this time, to experience the depth of the Thai’s adoration and admiration for their past King, and to be able to report on the events leading up to and including the sad event itself.

Whilst I will never understand the full depth of feelings that Thai people have for the Late King Bhumibol, I am honoured to be living in the Kingdom at this time and witness my peers and friends say goodbye to the man who was Thailand’s much-loved and admired stabilising force for 70 years.

But whilst the final week of October is perhaps best avoided by tourists we can be sure that, come the beginning of November, Thailand will again open its arms to tourists and the focus will change as the Kingdom’s new era begins.