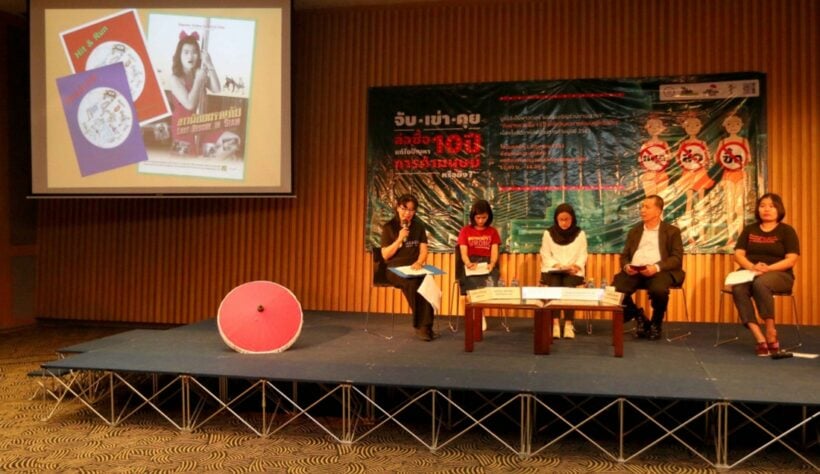 Stings and raids staged to crack down on human trafficking in the sex industry violate human rights, and lead to stigmatisation and discrimination against women who are working as sex workers of their own volition, an activist organisation said yesterday.

The foundation says that in order to rescue 10 victims of enforced or underage sex workers, on average some 100 innocent women are also arrested. These women suffer distress from violation of their human rights and dignity.

The women’s rights group urged the authorities to decriminalise prostitution and register sex workers as a legal career in order to give them protection and welfare as per labour law, which will also be a sustainable solution to suppress human trafficking in the sex industry.

Thanta Laovilawanyakul, Empower Foundation coordinator, said that during the last 10 years more than 300 women, who worked at entertainment venues, had been arrested in sting operations targeting human trafficking in the sex industry every year, even though they were not involved in human trafficking. 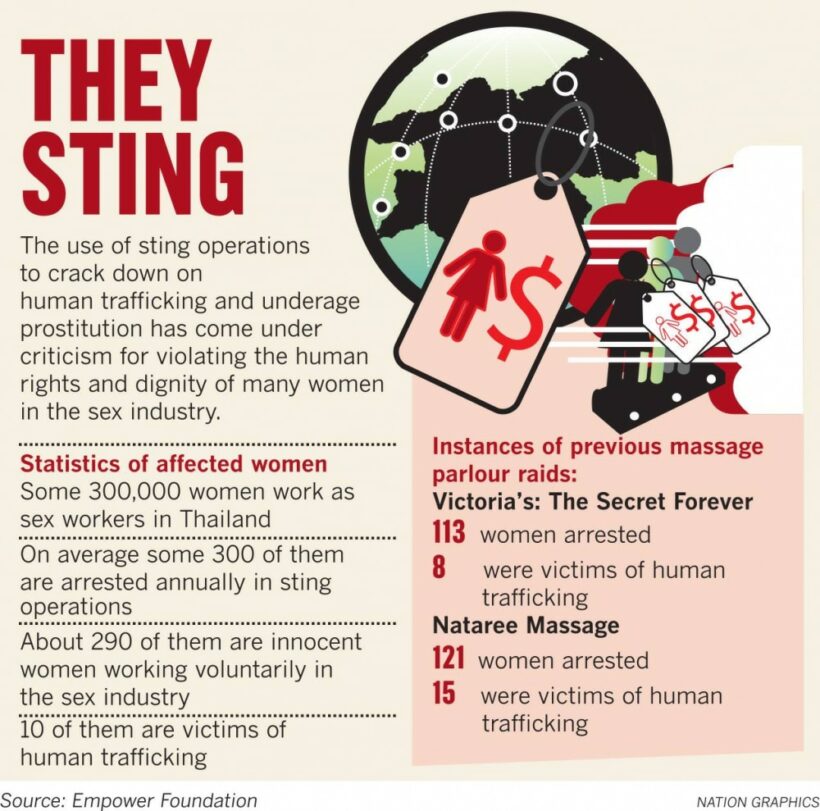 “Only 10 out of 100 arrested prostitutes are actually the victims of human trafficking and forced labour in the sex industry. The rest of them are innocent women, who voluntarily work as prostitutes, but they have to face disgrace due to the arrest and improper practices by the officers and media,” Thanta said.

“Many of them face the charge of adultery and are publicly exposed for working in the sex industry. Even the victims of human trafficking are mistreated by the officers, as they are detained in an improper detention area for a long period and they are unable to contact their family.”

”National Human Rights Commission (NHRC) Commissioner Angkhana Neelapaijit highlighted that this kind of treatment for women from sting operations was a clear violation of human rights.”

Angkhana also pointed out that improper media coverage of raids on brothels also discriminated against the arrested women.

A recent study by the NHRC and the Thai Journalists Association found that even though these women covered their identity under blankets, they still suffered a lot from deprivation of their dignity and stigmatisation as a bad person in the eyes of the public.

“Even though prostitution is against the moral codes of society, the sex workers are human, hence their human rights and dignity must be respected like the others,” she said.

Considering the adverse impacts on the rights and dignity of the arrested women, Thanta said sting operations on such sensitive issues were inappropriate and against the international code of conduct laid down by the Convention on the Elimination of All Forms of Discrimination against Women, so the practice must end immediately.

“Sting operations to suppress human trafficking in the sex industry are unnecessary. There are various other methods for the law enforcers to gather evidence against the traffickers without jeopardising the rights and dignity of these women,” she said.

“Therefore, we want this malpractice to be declared illegal and those who practise this harmful tactic must be punished,” she added.

Thanta also urged the authorities to legalise prostitution by revoking the outdated prostitution suppression law. That would allow the proper regulation and control of the sex industry to genuinely tackle human trafficking and ensure that the sex workers receive welfare and protection under labour laws, she said. 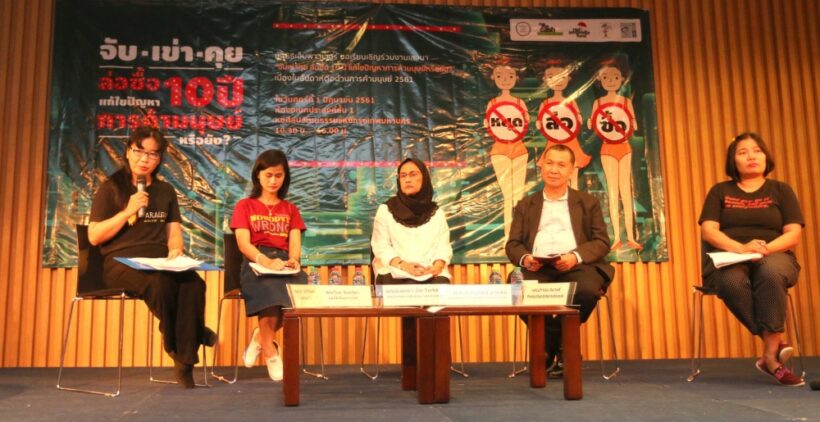