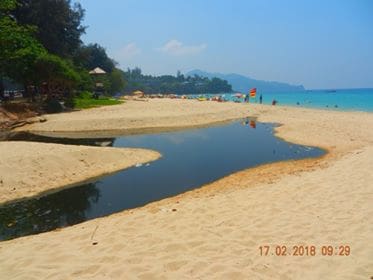 In the past week, alone, black, sludgy run-off has been reported at Patong, Kamala, Surin and Karon. Officials have been getting their photo-opportunities, pointing at the dirty drainage, shaking their heads and blaming anything from unfinished treatment plants, local hotels or construction sites. 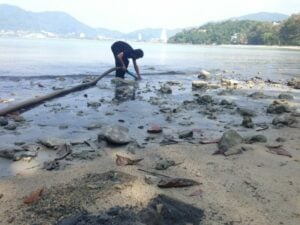 But what, precisely, is being done?

Phuket’s infrastructure is creaking under the burden of mass tourism. Whilst we may accept bad traffic, road construction, a few delays at the airport and Immigration queues as a consequence of the island’s popularity, there is ABSOLUTELY NO EXCUSE to have untreated ‘black water’ making its way to Phuket’s beaches. It ends up in our coastal waters where tourists have paid good money to go swimming. It’s dangerous, it’s unsightly, it’s an environmental disaster and it’s 100% preventable.

One reader sent us these three photos today. It’s a pool of filthy, smelly water that’s been accumulating at Surin Beach for years – at least five years that we know of.

We post the photos in the hope that some official may feel a small pang of guilt and feel motivated to do something concrete to alleviate our beaches of this ongoing problem.

If you see any waste water or black goo making its way onto any beach send us the photo or post it in the comments section. We’ll send all the photos to Phuket’s Governor over the next week and pass on his response. 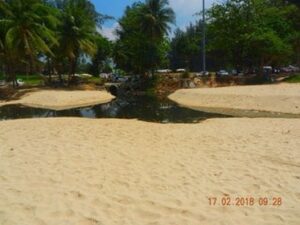 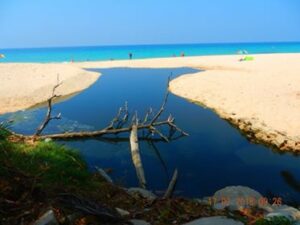