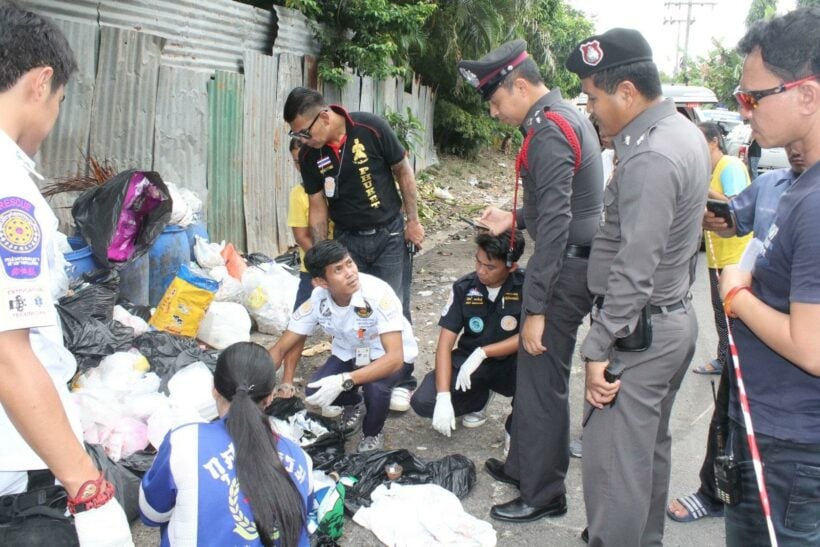 A local pedestrian had a grizzly find today when she discovered a deceased baby in a garbage bin near Rajabhat University.
The Kusoldharm Rescue Team and police were called to the location at a soi in front of Dusitburi Village.
Police report the the baby was approximately 7 months old, female, pale skin, black hair and found in a black bag bound with two towels. Also in the bag was found a t-shirt and other articles of garbage.
Police spoke to the pedestrian who found the body who says she was searching the trash for plastic bottles. She says she saw the big black bag, opened it and there was a body inside.
Police suspect the infant might have been from an unplanned pregnancy or from a mother who had problem keeping the baby.
The body was taken to Vachira Hospital for further examination.
Teenagers or young mothers who are having problems with pregnancy or coping with motherhood are urged to contact the Phuket Provincial Hospital in Phuket Town. 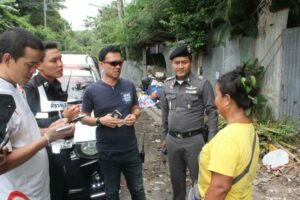 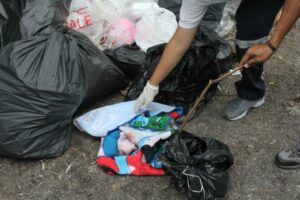 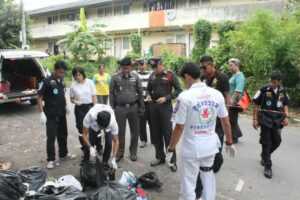