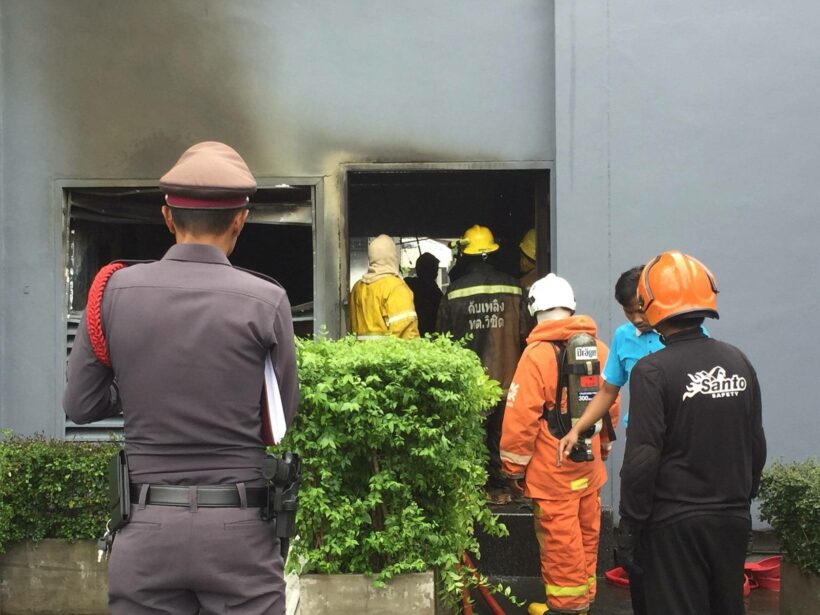 There’s been a fire at the Dara Hotel in Phuket Town. No injuries have been reported. It is believed that the fire started from sparks inside an electric control room of the hotel.

Firefighters were notified of the fire at 1.30pm yesterday (June 1) at the hotel near the Darasamuth underpass intersection (Central Festival).

Firefighters with 10 fire engines, together with Wichit Police, arrived at the scene to find customers and hotel staff running out of the hotel.

It took 30 minutes to extinguish the fire. An electric generator and other equipment inside the main control room were destroyed.

Managing director of Dara Hotel, Katah Watcharapin, says, “just before the fire started, electric systems at the hotel had failed three times causing sparks. Smoke was coming out from the electric control room. We estimate the cost of damages to be about a million Baht.”

“The fire hasn’t affected our customers except for the evacuation. We conducted standard procedure fire drill during the incident. Staff members know what to do when there is a fire. It took about three hours before we could re-establish electrical systems for the property.”