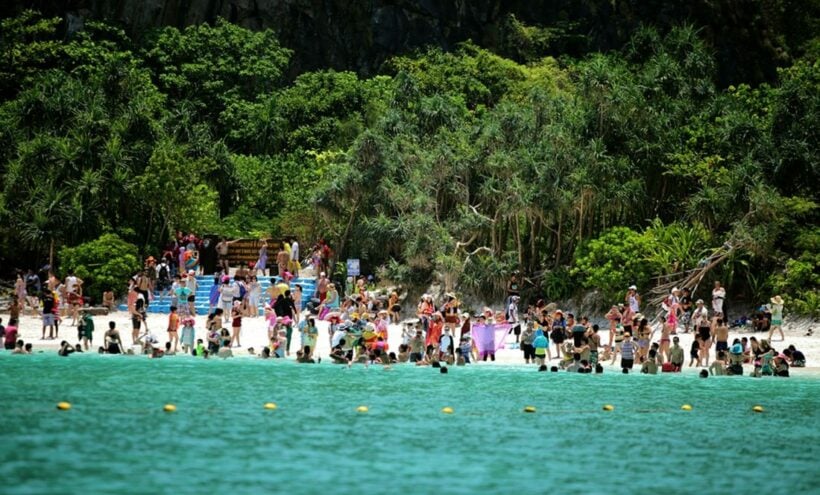 Maya Bay,on Koh Phi Phi, will be closed to all visitors for four months during this monsoon season in an effort to restore its natural ecosystem that has been damaged by excessive tourism.

The decision to temporarily close Maya Bay to all tourists during the wet season from this June to September was approved at a meeting of marine national parks chiefs on Wednesday. The move follows proposals from local people, officials and academics to restore the coral reefs and allow nature to recover from the impacts of uncontrolled tourism during the rest of the year.

The chief of Had Nopparat Thara-Phi Phi Island National Park, Worapoj Lomlim, said the meeting approved the plan to restore the natural beauty of Maya Bay. Presided over by the director-general of the National Parks, Wildlife and Plant Conservation Department, the meeting decided to impose a seasonal closure of the venue starting this year after it became clear that the previously pristine nature of the bay was being degraded by excessive tourism.

Maya Bay is globally well-known as the set of the Hollywood movie “The Beach”, starring Leonardo DiCaprio. The filming of the movie at Had Nopparat Thara-Phi Phi Island National Park made the area one of the most sought-after tourist destinations in Thailand. 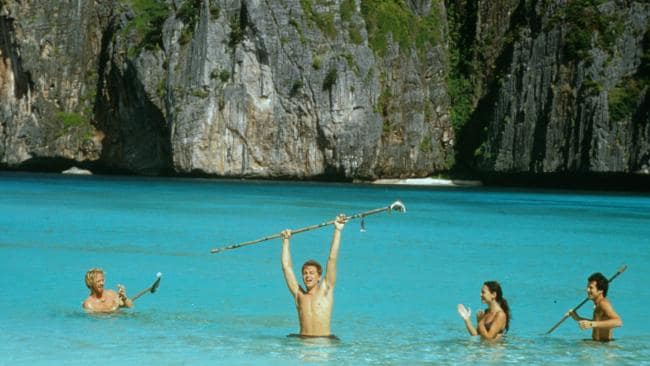 From the movie “The Beach”

However, the increasing number of tourists visiting the Phi Phi islands and Maya Bay has led to overcrowding, and also harmed its natural beauty and ecosystem. Worapoj said the problem of “overtourism” could be resolved by a four-month closure of Maya Bay, which would enable nature to restore itself, allow damaged coral reefs in the bay to start to regrow and also prevent danger to tourists from rough sea conditions during the monsoon season.

“During the four-month closure period, no tourists will be allowed to enter the bay from any side, but sightseeing from boats outside the bay area will still be possible,” he said. “As we are implementing the closure period of Maya Bay for the first time, we are going to study the restoration rate of nature and overall impact on the ecosystem and tourism to improve our plan next year. We want to promote sustainable tourism.”

He said controlling tourist numbers would have to be further discussed among all stakeholders, given the seriousness of the issue.

According to data on tourist numbers with the National Parks, Wildlife and Plant Conservation Department, Had Nopparat Thara-Phi Phi Island National Park was found to have drawn the highest number of visitors last year – nearly 2 million. It is expected that by the end of fiscal year 2018, the number of tourists at Phi Phi Islands could reach 2.5 million.

A leading marine biologist and major campaigner on the Maya Bay closure plan, Thon Thamrongnawasawat, said the seasonal closure was a major step towards environmental preservation of all famous marine tourist attractions in Thailand, as overtourism had taken a great toll on the marine ecosystems and natural resources.

Thon suggested that the next goal should be to restrict the number of tourists at Maya Bay to no more than 2,000 per day, to prevent negative impacts. He said according to his observations, Maya Bay had received on average 3,700 tourists per day, which was well beyond the capacity of the area. He also said during the monsoon season, the number of tourists heading to Maya Bay peaked at as many as 5,000 per day, as the other major islands were closed to visitors during the period and tourists crowded the remaining islands. 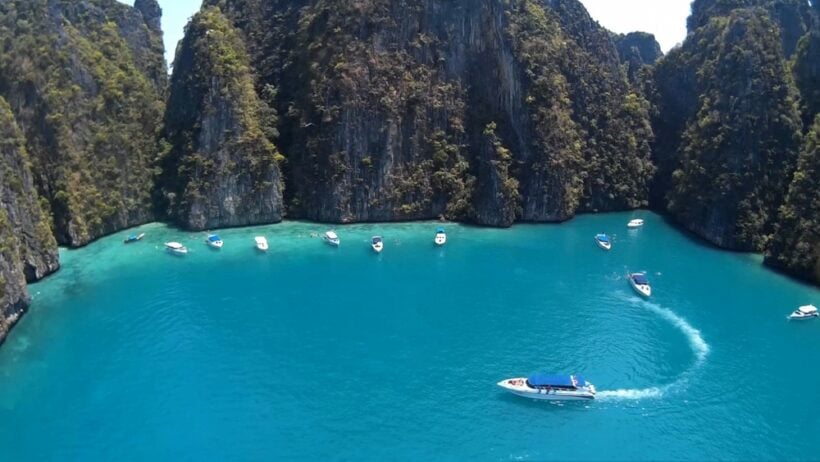 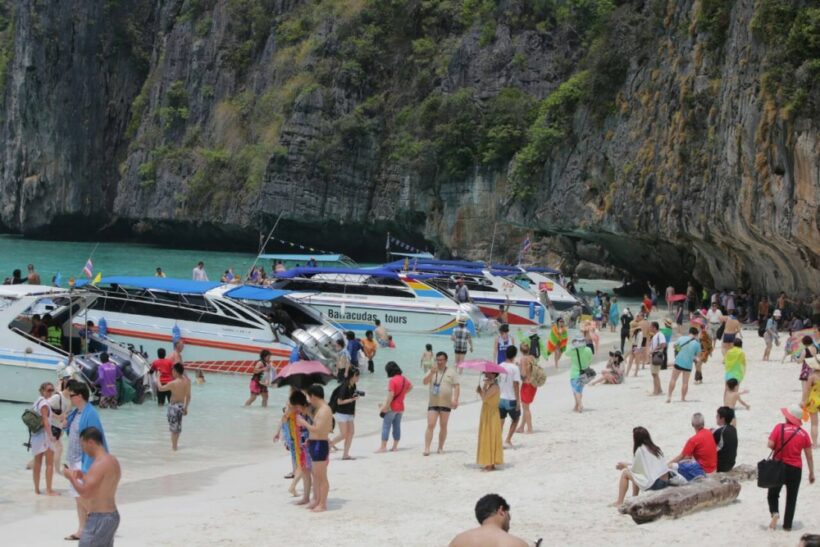