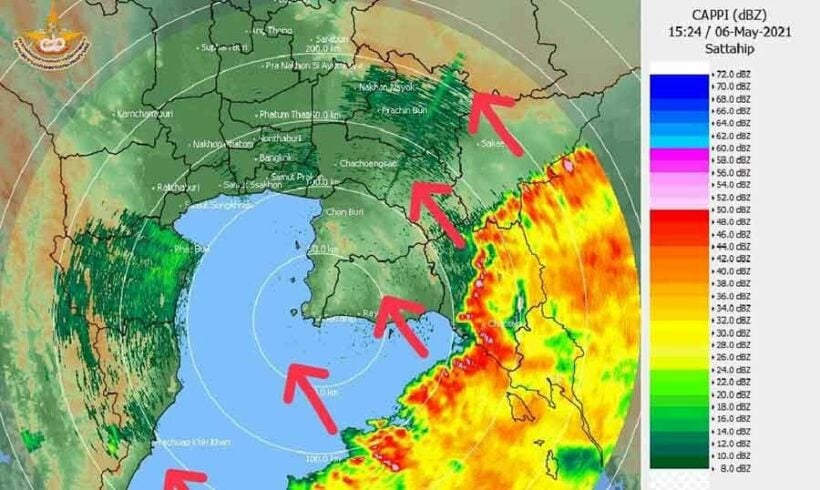 The district of Sattahip, in the eastern province of Chon Buri, is picking up the pieces after a devastating storm struck in the early hours of yesterday morning. According to a Pattaya News report, 11 fishing boats have sunk and at least 20 homes have sustained damage, mainly along the coast. It’s understood most of the fishing boats belong to the Khao Lan fisheries group.

The roof of Chong Samae San Temple has also collapsed, significantly damaging the building. However, it’s believed no injuries were sustained or lives lost in the storm. Wanchat Wanphram, deputy district chief of Sattahip, inspected the damaged areas in the company of the local Red Cross and a number of district officials.

The Pattaya News reports that the Red Cross and Wanchat distributed survival bags to affected residents. It’s understood district officials plan to provide some form of financial aid to those who have lost their homes or whose properties and boats have been damaged.

Meanwhile, the Thai Meteorological Department has issued a warning for more storms in the coming days.