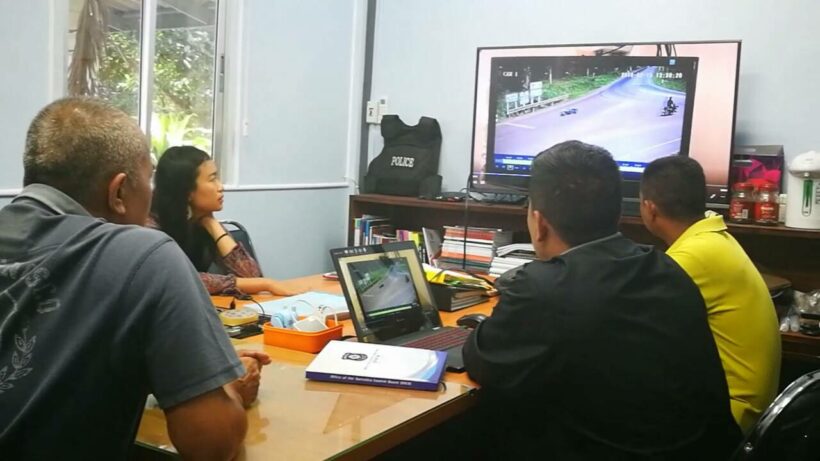 A Facebook user, Jay Boonruang (in Thai language), posted a long story about a Chinese client at her hostel being assaulted by men on the street yesterday (March 6).

“The Chinese woman, in her 20’s, couldn’t speak English at all. I could speak a little bit of Chinese so I talked to her. She travelled alone in Krabi. She checked out to stay in Ao Nang, she returned back to check in again at my hostel. She came back injured with a very sad face. After asking, she said she was riding a motorcycle and some men rode alongside and touched her breast. She was frightened and lost control of the bike and fell while the men just laughed and fled. She was injured and also had to pay 1,500 for the damage of the motorbike”.

“I took her to a pharmacy to buy some medicine. After a night at the hostel, she flew to Bangkok. She was crying all the time saying that she’s been assaulted.”

“I would like the police to be strict about this kind of case. It shouldn’t happen to anyone. If she fell and there was a car following, she could have died.”

“After I posted the story, I got contacted by the hostel she stayed in Ao Nang and they gave me more information. The scratches and bruises on her leg was because the men tried to drag her in the forest on the side road after the accident, presumably with the aim to rape her. Luckily, there were some locals in the area that saw what was going on and helped her. If anyone knows these local people who helped her, please tell me.”

Meanwhile, Krabi police have investigated Atsadaporn and checked the CCTV camera at the scene. They will also visit the location and try to identify the suspects. 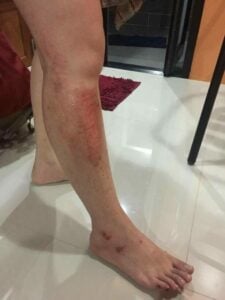 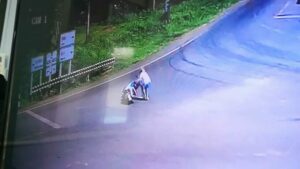