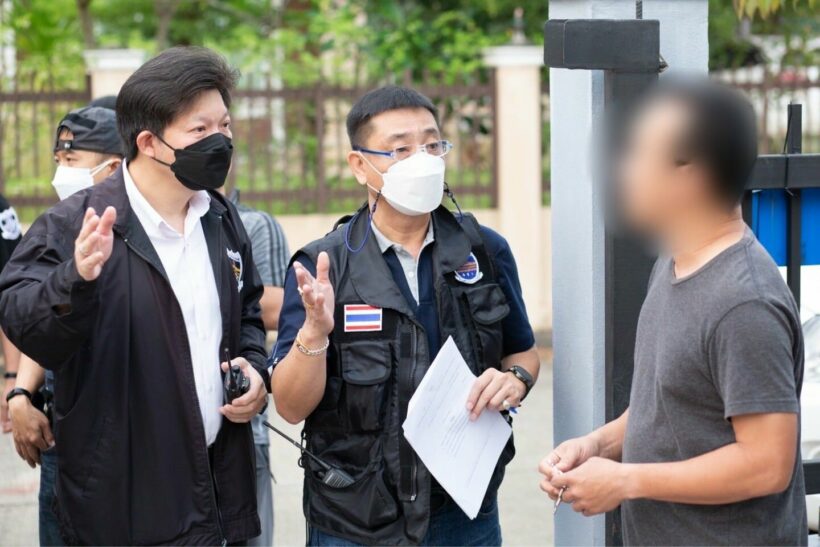 The Department of Special Investigations seized nearly 1.4 billion baht in assets after searching three houses in Chiang Rai province yesterday. The houses belong to suspected members of a drug network. The assets included 246 bank accounts, 155 cars and motorcycles worth about 130 million baht, and land title deeds for 232 blocks of land worth about 1.3 billion baht. The DSI also found documents at the houses which showed about 1.9 billion baht in circulation.

The deputy director of the Bureau of Consumer Crime Protection said the DSI will summon people who owned the assets to explain how they were acquired. If they can’t provide credible evidence, the assets will be confiscated under the Narcotics Act. The deputy director said authorities will also take legal action against the alleged criminals under the Money Laundering Prevention and Suppression Act, and for tax evasion under the Revenue Code.

Two of the houses searched were in Mae Sai district, and the third was in Chiang Saen district.

AdvocatusDiaboli
55 minutes ago, Thaiger said: The deputy director of the Bureau of Consumer Crime Protection said the DSI will summon people who owned the assets to explain how they were acquired. If they can’t provide credible evidence, the assets will…
Boddown
Is it really about stopping the drug trade or more about seizing assets?

Guest1
1 hour ago, Naanlaew said: Will they receive a finder's fee % and have an opportunity to bid on the vehicles at auction ? For this? 1 hour ago, Thaiger said: 155 cars and motorcycles worth about 130 million There…
Fanta
2 minutes ago, Boddown said: Is it really about stopping the drug trade or more about seizing assets? A real issue in drug related cases is that the police seize everything at the time of arrest, before the trial, from the land…

Soidog
Oh WOW! Now this is what I’m talking about. Proper policing this. Can you imagine how excited they must be knowing that they have found 2.8 Billion and declared 1.4? Am