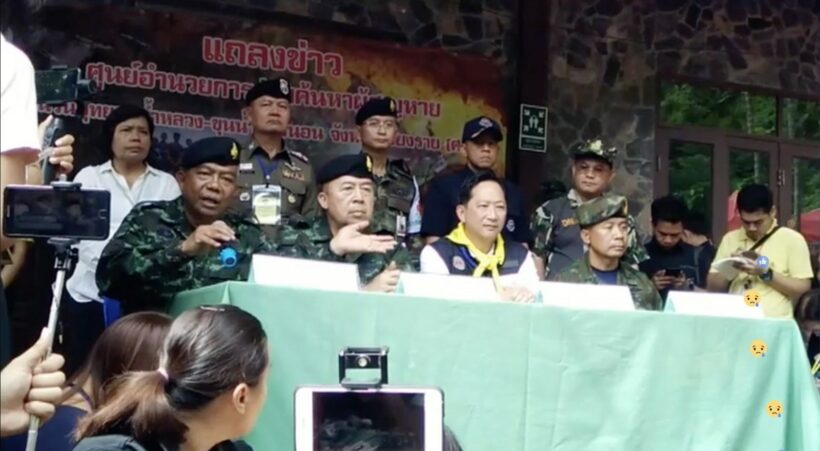 A former Thai navy SEAL has died while on the way way back to the ‘hall 3’ area from where the 13 footballers are stranded. He was participating in the rescue of the 13 footballers in the Tham Luang Caves in Chiang Rai. He had finished his paid work with the Thai Navy SEAL team but was working with the rescue teams as a volunteer.

Apparently, according to a media briefing in Chiang Rai at 9.30am, the Thai diver was undertaking a long dive, fell unconscious and could not be revived. He was transferring an air tank from Hall 3 to the ‘T’ intersection in the cave. The incident happened at 8.37pm last night. The diver was Petty Officer First Class Seaman Kunan. He was 38 years old and originally from the province of Roi-et. His body was taken to Sattahip Naval Base in Chonburi.