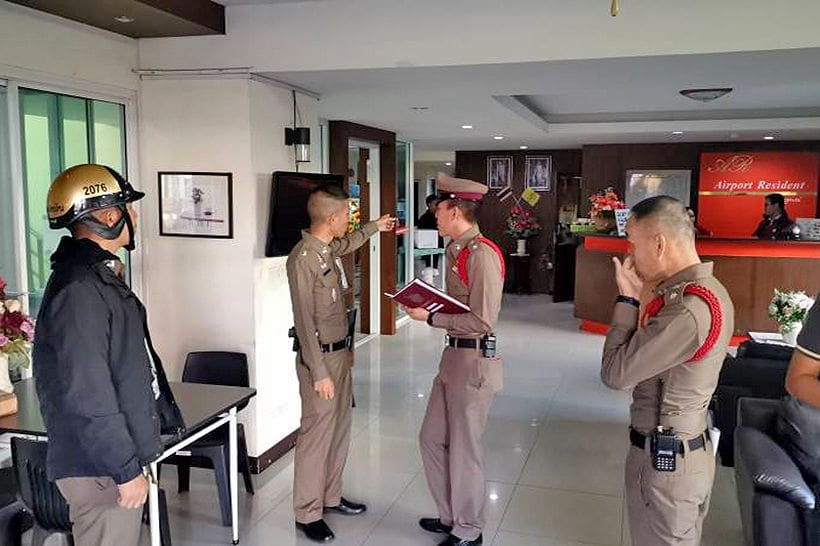 UPDATE of this story HERE…..

An armed gang has robbed the Airport Resident Hotel in downtown Chiang Mai early this morning.

Daily News reports that the deputy provincial police chief is asking police to locate the criminals in what he said was a “brazen attack that could damage tourist confidence”.

A 30 year old staff member of the hotel, Yossakorn Detdiawying says that three armed men entered the hotel in the early hours with long sleeved shirts pulled over their heads. They were armed with knives.

A scuffle followed and the staff member was put in a head lock and told not to resist. But he did resist and was cut twice by another person in the gang but the injuries to his arm were minor. The attack took around 20 minutes.

The gang then reportedly ransacked the reception area and office before fleeing with 30,000 baht and the CCTV TV system.

Yossakorn told police that, hearing the robbers, they appeared to have foreign accents. He says the attackers fled along Mahidol Road on a Honda Wave motorcycle.

“Such a brazen attack had the potential to damage tourism in the city,” he police.