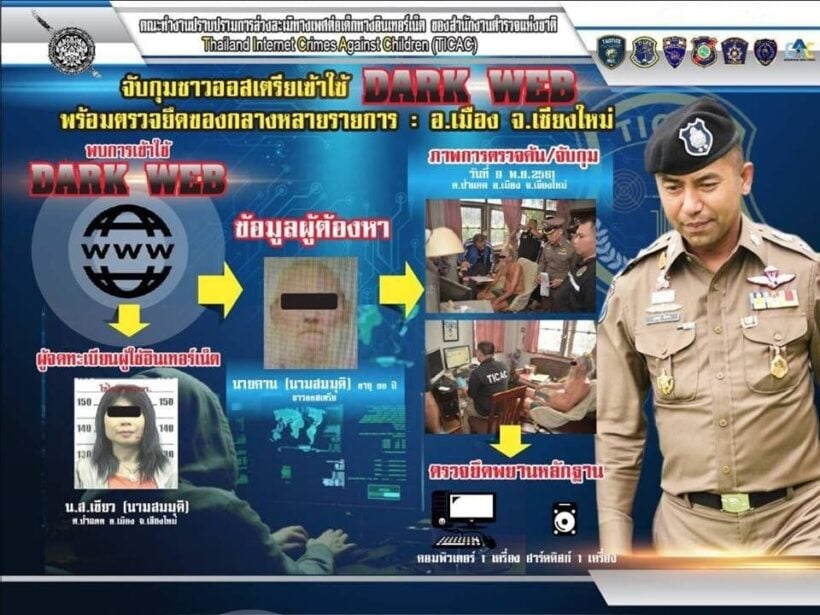 Thai police identified the person living in the Pa Daet district in the Chiang Mai city and obtained an arrest warrant.

The warrant was served on November 9. Pictures published on the Immigration Bureau website showed officers looking at a computer at the home of the as-yet unnamed suspect. His computer and HD were found to contain pornographic images of children.

A Thai woman whose name was on internet usage papers was also pictured on a board next to the Austrian. The Austrian is now in the custody of the Chiang Mai police.

One in ten that die on Chiang Mai roads are foreigners