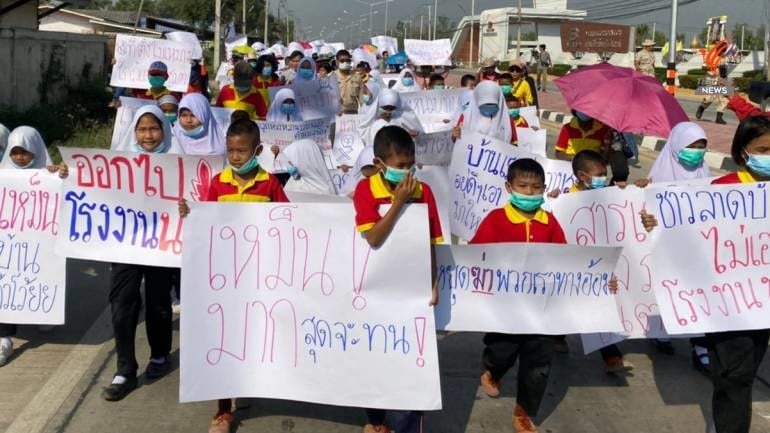 Residents in the central Thai province of Ayutthaya are protesting to demand the closure of a smelting plant which they claim is threatening the environment and their health. More than 200 people took to the streets this week to protest the failure of the CP Industry Company, which operates the scrap metal processing plant, and to honour promises to address the issue.

The issue dates back to 2014, when residents sued the Ayutthaya provincial government and five officials for allowing the company to endanger the environment and their health. They took their case all the way to the Central Administrative Court.

In September 2018 that court withdrew the smelter’s license, which would have allowed the company to perform smelting and separation of electronic waste. CP Industry Company successfully appealed the court order, claiming it was bringing in equipment to eliminate the stench and hazardous effects within eight months.

But disaffected residents have demanded that the company’s license be completely withdrawn.

Activist Srisuwan Janya, dubbed “Thailand’s Complainer-In-Chief” by local media, made an appearance at the protest and vowed to take the case to the Administrative Court to demand suspension of the recycling operations.