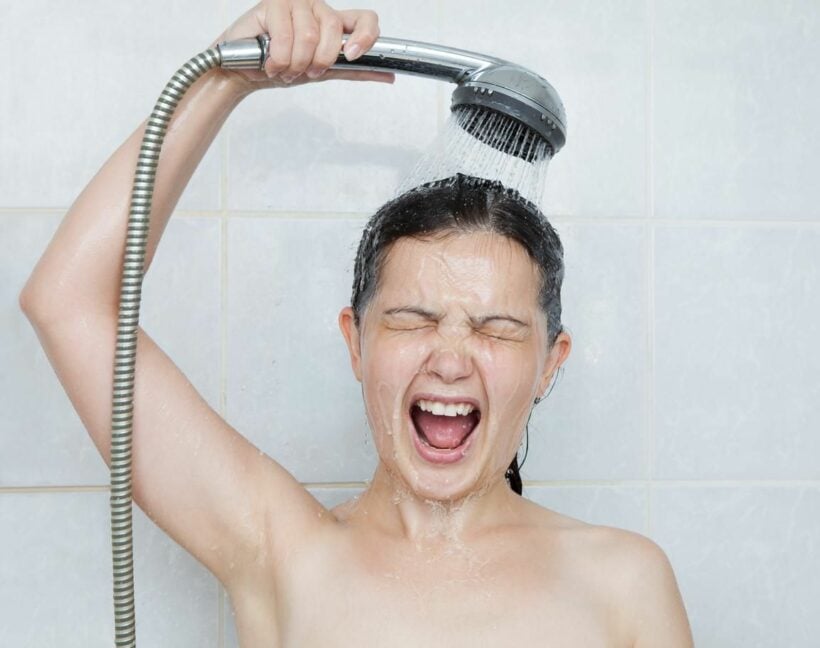 Thai PM Prayut Chan-o-cha is asking the public to turn off their taps, shower less and conserve water to cope with the drought affecting Thailand’s northern and central areas. Thais LOVE their multiple showers every day.

“Please all help save water. Turn off all the taps. Use less water. Reduce tooth-brushing and shower time by one minute.”

With river levels low and rising sea levels, seawater is now pushing up into the mighty Chao Phraya River, the source of much of central Thailand’s water. The changes are making tap water briny in Bangkok and the suburbs. The situation has become so dire that authorities are trucking in drinking water for free distribution at 18 locations.

A municipal government spokesman told Reuters that the government will spend three billion baht ($134 million) on wells and pipes to extract groundwater, as the drought is expected to worsen along with the progressive rise of the sea levels.

Although Thailand’s dry season usually runs from November through April, authorities predict it could go on through June this year. Drought has already been declared in 14 provinces in central, northern and northeastern farming regions.

With reservoir levels low from drought, the government has asked farmers in those regions not to grow off-season rice.

Some other ways you can save water around home HERE.