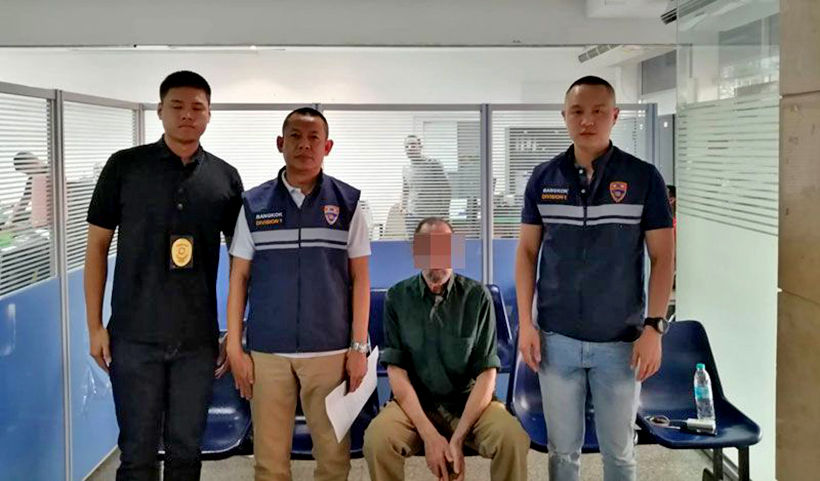 An American retiree has been arrested for overstaying his visa by nearly three years, according to the anti-farang Thai publication Naew Na. Immigration police in Bangkok arrested the 71 year old man, who they identified only as ‘Mark L’, in Sukhumvit’s Soi Mee Suwan 3 on Monday. The US pensioner had overstayed his visa by nearly 3 years.

The enthusiastically smug headline read “Game Over”, and the article, one of increasingly xenophobic stories about the arrest of foreigners, referred to the pensioner as a “Robin Hood” and proudly boasted the the arrest of the US “oldie”. Naew Na appears to have a permanent hotline to Thai Immigration as they’re always the first to report overstay cases.

Mentioning several of Thailands top officials, the story goes on to report that the arrest was “part of a policy from the top”, and that everyone from the PM down wants to rid Thailand of “foreign lawbreakers and those taking Thai jobs.”

Naew Na reports that the retiree loved Thailand so much that he wanted spend the rest of his life here, but he “lived like Robin Hood.”

The references to Robin Hood suggest that he was either simply ‘living outside the law’ or more seriously ‘robbing the rich to give to the poor’. In either case the paper didn’t make it clear in what way he was compared to the folkloric Robin Hood character from 14th century England.

Reflecting a distinct nationalist sentiment, the paper was urging the public to call a hotline and report overstaying foreigners, those working without permits and those working in the “39 jobs reserved for Thais only.”

The 71 year old is likely to be deported for his crime.