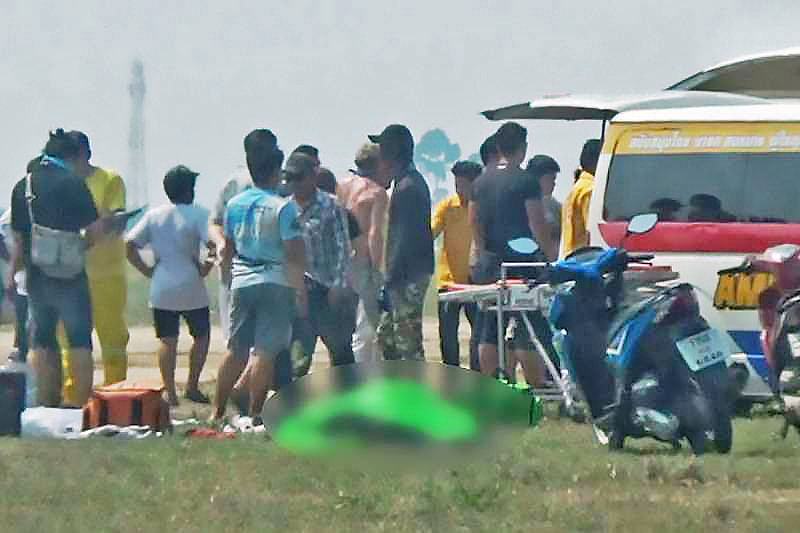 A 30 year old Danish man is dead after his parachute failed to open in central Thailand on Saturday. The incident occurred at a jump site in the Sri Racha district of Chon Buri province. Police were alerted at 12:30pm.

He was taken to Phayathai Sriracha Hospital, where he was pronounced dead.

Witnesses told police that the man had come to the airfield to participate in a parachute jump. Staff had checked the equipment before the man boarded a small plane, but he plunged to the ground when his chute failed to open.

Police are investigating to find out the exact cause of the fatal incident.