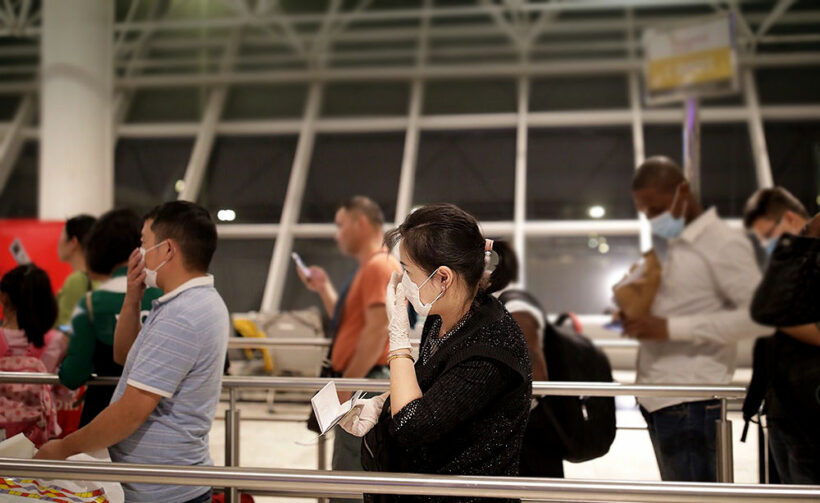 Deaths from the coronavirus outbreak have now reached 305 today, including the first outside China, a 44 year old Chinese man in the Philippines. 14,559 people are now confirmed with the virus, the vast majority in China. Whilst the fatality rate remains at 2% with the current level of cases, many have also recovered and returned home. Many remain in hospitals around the world and continue to recover from symptoms.

But, in efforts to control the spread of the 2019-nCoV coronavirus, an increasing number of countries are also imposing restriction on travel to and from China.

Meanwhile, the Philippines’ Health Secretary Francisco Duque III confirmed this morning the first death in the country and the first outside China.

Milestones of the Wuhan Coronavirus

December 8: First patient develops symptoms of Wuhan coronavirus
December 31: Earliest cases of virus reported to World Health Organisation
January 1: Wildlife market in Wuhan, Hubei, the epicentre of the outbreak, is closed for disinfection
January 7: Chinese scientists identify the pathogen as new strain of coronavirus (like SARS and MERS)
January 9: First death linked to virus
January 20: First reported cases outside Hubei, in Beijing and Shenzhen
January 23: Wuhan is placed on lockdown, with movement halted in or out of the city. 60 million+ people affected by travel restrictions in Wuhan and neighbouring cities. WHO says virus is not yet a public health emergency of international concern
January 28: Death toll tops 100. The number of confirmed cases in mainland China overtakes the deadly 2003 SARS outbreak
January 30: WHO declares a “public health emergency of international concern”
January 31: Thailand health officials confirm first case of human-to-human transmission
February 2: First Wuhan coronavirus death reported outside of mainland China, in Philippines

Meanwhile, back at the epicentre of the outbreak, Wuhan authorities have finished building a new 1,000 bed hospital especially to treat coronavirus patients. The Wuhan mayor Zhou Xianwang handed the new Huoshenshan Hospital over to the military this morning. According to CCTV, 1,400 military medical personnel will start working in the hospital from tomorrow. The facility has been constructed in three weeks.

France government officials announced that they are helping evacuate 10 Mexican citizens from Wuhan. The 10 Mexican nationals are first flying to France after being examined to confirm they don’t have symptoms.

Four Chinese airline passengers from China’s Hubei province, and one Thai citizen –  a taxi driver – have now been confirmed as infected with the novel coronavirus. The taxi driver was the first instance of a local human-to-human viral transmission. The driver had never travelled to China, let alone since mid-December when the Wuhan coronavirus was first identified. Since his diagnosis, Thai health officials have traced 13 people who had been in close contact with the taxi driver, but none have tested positive for the virus at this stage – the update from the deputy head of the disease control department, Tanarak Plipat.