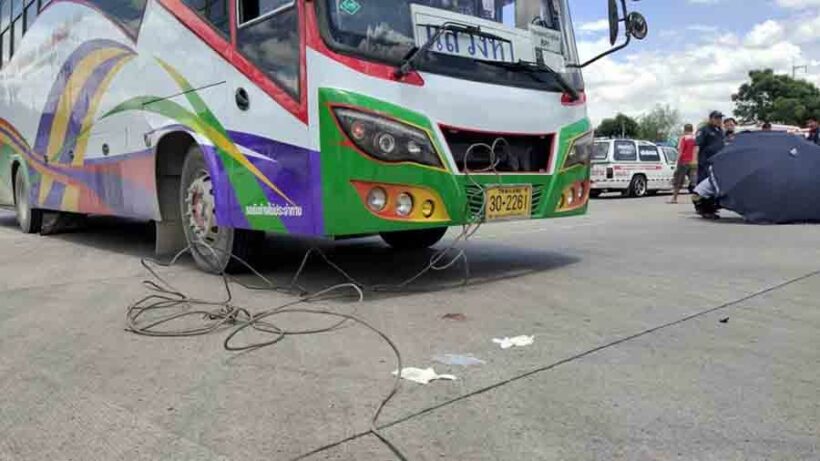 3 young motorbike riders have died in a road traffic accident in central Thailand. The accident took place in Suphanburi province and the deceased men have been named as 20 year old Ronnachai Wongsudin, 22 year old Warakorn Intharajorn, and 29 year old Apirak Phoreun. The first two victims died at the scene, while Apirak was rushed to Sriprajan Hospital, where he later succumbed to his injuries.

Nation Thailand reports that the riders were part of the “Two-Wheel Lady” biker group and returning from a merit-making ceremony at a temple in neighbouring Sing Buri province. One witness says the riders all drove into a towing rope connecting a truck and a bus.

“The three bikes accelerated to make the green light at the Sam Koh intersection, when a six-wheel truck, which was towing another bus, crossed their path. The towing rope was quite long and possibly the bikers were unable to see it from a distance, causing them to violently hit the rope, sending the riders flying on to the road.”

The 48 year old truck driver, Sakon Wutthichai, confirms he was towing a bus full of factory workers as the vehicle had run out of fuel while travelling from the central province of Ang Thong to Ayutthaya, just north of Bangkok.

Police are reviewing CCTV footage of the area as part of their investigation into the accident.