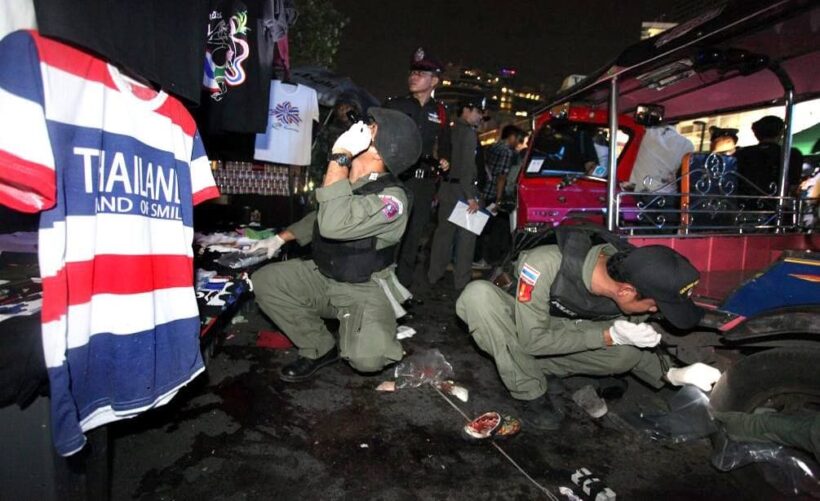 The first court on Thursday has dismissed a case against four people accused of firing 40mm grenades at demonstrators from the now–defunct People’s Democratic Reform Committee (PDRC) at the Government Complex in early 2013, citing insufficient witnesses and evidence.

Chatchawawn Prabbamrung, 49, Taweechai Vichakham, 43, Sunthorn Piphuannok, 53, and Somsri Marit, 44, were accused of contempt of murder as well as violation of gun weapons laws. They were accused of firing grenades at the protestors in the middle of the night of February 8, 2013 and again against a crowd on April 10, 2013. A small number of protestors were injured as a result.

However, most of the plaintiff’s witnesses were police officers who said they did not directly witness the incidents, but were told about them by other parties.

The injured protestors also did not see their attackers.
Other police officers at the scene were unable to locate the origin of the shots fired.

The court therefore ruled to dismiss the case due to insufficient witnesses and evidence.

However, the four were previously sentenced to life, reduced from an execution sentence, for firing at protestors from the same group in Ratchadamri in the same year.

In a separate case, another defendant, who also fired grenades at the protestors of the same group in front of the Shinawatra Tower on Vibhavadi Rangsit Road, was sentenced to 35 years and five months by the Supreme Court.

Singaporean crashes into the Heroines Monument